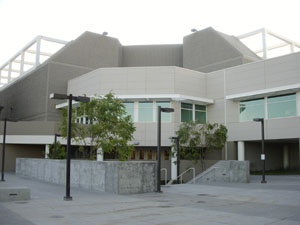 The Pavilion was and still is a decent place to work out, but the university added a large extension with a store, study lounge, and all, and renamed it the ARC.

The Pavilion hosts both men's and women's Aggie basketball games.

Notable guests include Bill Clinton, the 42nd President of the United States, who appeared January 15, 2008 to an overflow crowd of 7800 people (according to the press) to campaign for his wife, presidential hopeful Hillary Clinton.

Some weight lifting P.E. classes are still held in the Rec Hall in the old equipment rooms, although the ARC weight rooms are nicer. Some students still use the Rec Hall's running track because it is cooler (in temperature), and it's also easier to keep track of your miles (7.5 laps at the Rec Hall vs. 7.65 at the ARC. Laps are also easier to run in the Pavilion. There are 4 corners, which turn in the same direction, was opposed to the ARC's in-and-out/along-the-side track. Other hard-core exercisers still use the Rec Hall because it has the option of "stair laps", in which one does a lap around the track via running up and down the rows of stairs. Some of the studios on the second floor are still used by various sports and clubs such and the Ping Pong Club. It is also nice to go to the Rec Hall because it is quieter and not as much of a meat market.

The main floor of the Rec Hall was replaced with a multi-use floor in the summer of 2008, which helped with the non-sporting events which are becoming more common uses. There is a portable wood floor, so that the arena can still be used for basketball, volleyball, etc. The old wooden bleachers were also replaced. This construction dispersed the high school cheerleading camps that summer to places like Freeborn Hall for maximum jailbait potential. 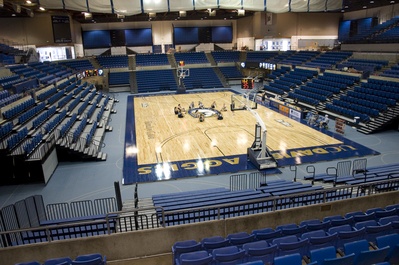