The quad at the beginning of winter quarter, 2004

The Quad is a large patch of grass south of the MU. The Quad, as the name would imply, has four, approximately equal sides. It is also bisected by a narrow concrete path forming the East and West Quad. At the end of this path is the flagpole, which marks the beginning of the MU. Many extremely tall trees call the Quad home, creating some shade for those who desire it.

The Quad was once used for agriculture. In the beginning years of the campus, it was covered in alfalfa and barley. In 1932, the lawn was seeded with grass for the first time and a sprinkler system was installed. The cork oak trees surrounding the Quad were planted beginning in 1925. 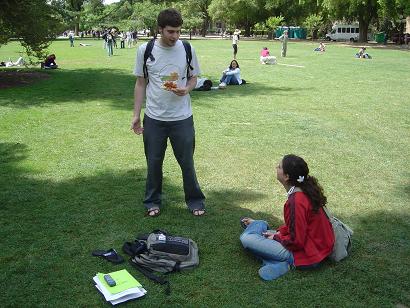 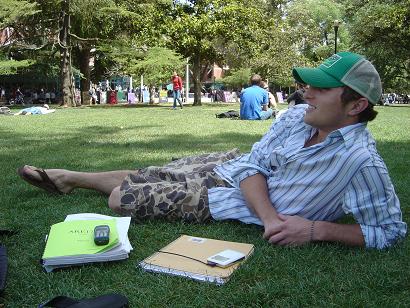 Starting in late May 2005 there was construction happening on the east side of the Quad. The Quad was also the site for Bananas Hanging From Tree and May 2007's The Bathtub Experiment.

During the rainy season, the Quad turns into a giant puddle that people generally avoid. Alpha Gamma Omega has a tradition of going mud diving in the puddles on the quad after the first rainstorm of the school year. 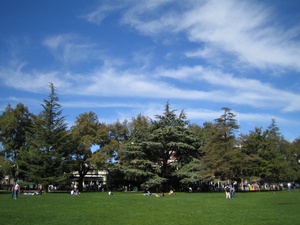 Beautiful view of the quad on a sunny day in winter quarter, 2005. 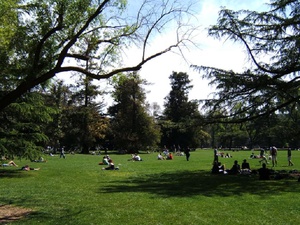 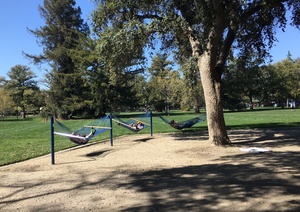 Comfy looking hammocks on the East and West sides. March 2016. When were these added?

The Quad was the site of a massive free noon concert by 80's pop superstar Tiffany in 2000. Thousands of students came from all over campus to sing along and dance to "I Think We're Alone Now" in a concert filled with 80's nostalgia.

The Quad used to be the site of the Epic Quad Battle, a glorious combat with armies with foam weapons, before being canceled for "safety" reasons.