TimnaTal Music is a company providing concert series that presents traditional world music from the Middle East, the Mediterranean and Balkan region, Eastern Europe and Central Asia, to an intimate live concert venue for the Davis and Sacramento area audience. TimnaTal brings a variety of outstanding musicians to its stage. Audiences are likely to hear Flamenco, East European Folk, Klezmer, Greek Rembetiko, Turkish Classical music and much, much more!

Kabile Traditional Wedding Band was formed in 1978 and became one of the most popular bands in the Thrace region of Bulgaria. Based in the city of Yambol, the group took its name from the village of Kabile, where they performed one of their earliest gigs. The group specialized in performing native music on traditional village instruments, resulting in an acoustic experience quite different from that played on Western instruments influenced by American jazz. This form of Bulgarian wedding music has attracted worldwide attention and scholarship for its incredible virtuosity and musicianship. During its heyday, the band played almost every weekend at weddings, baptisms and cultural festivals in Thrace.

The band plays all the instruments of a traditional Bulgarian village band. The gaida is a bagpipe made of goat skin and pipes. The tapan is a large wooden drum covered with sheep or goat skin and played with two specially designed drumming sticks: the kukuda is a pipe-shaped stick of walnut and the prachka is a thin switch, usually made of dogwood or willow. The kaval is a flute-like instrument open at both ends, played by blowing on the smaller, sharpened end. The gadulka is a pear-shaped string instrument, played vertically in front of the musician. These four instruments have a centuries-old history in Bulgarian folk music; as a 'modern' addition, the band also includes the accordion (ca. 1832).

The band's members each serve as an outstanding representative of his or her musical specialty. Individually, each member of the band has an exceptional history of scholarship and performance. Collectively they form one of the most respected ensembles in Bulgarian Thrace.

About the band: Dzhenko Andreev (gaida) is a graduate of the Filip Koutev High School of Music in Kotel, Bulgaria, one of the two prestigious music high schools in Bulgaria. Founded in 1967, the school was the first high school in Bulgaria to offer a full curriculum of traditional Bulgarian music. Over the five-year course of study, students generally specialize in a specific instrument or type of music. Regional folk music and dance ensembles, which preserve local styles, have much support throughout Bulgaria. Mr. Andreev has been a member of the Sliven Ensemble for over 20 years and has toured with them internationally.

Nikolay Doktorov (kaval) is a graduate of the Filip Koutev High School of Music and the Academy of Music, Dance and Fine Arts. He currently serves on the faculty of the High School 'Anton Strashimirov' in Varna, Bulgaria, where he teaches kaval and conducts folk orchestra. He is also the conductor of several regional ensembles in Varna, including the Folk Ensemble Pendary and the Folk Orchestra 'Spektar' of the Union of the Blind in Bulgaria

Donka Koleva graduated from the Musical Folklore High School in Shiroka Luka and performed for three years with the Sliven Ensemble for Folk Songs and Dances. She was the director of the Folk Song Chorus of Sopot and has been a featured soloist on Bulgarian Radio and Television. She has participated in many singing competitions in Bulgaria and Europe. Her voice has been featured on numerous recordings and in 1997 her recording of 'Javore' was named 'Song of the Year' in the Bulgarian national radio competition.Since emigrating to the U.S. in 1995, Nikolay Kolev and Donka Koleva have played an active role in fostering Bulgarian music across the country. They teach workshops in their respective fields and perform solo and together as a duo and as a family quartet with their daughters, Penka and Maria.

October 28: Into the Labyrinth - Complex Compositions and Traditional Melodies Unite Musicians from America and Greece 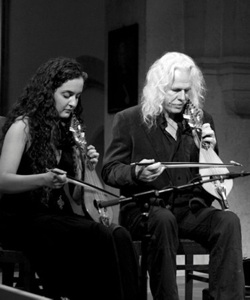 When Bay Area violinist and composer Kaila Flexer, one half of Teslim, first heard Ross Daly on the radio, she immediately changed courses to find his recordings at a local store. With her Teslim collaborator and fellow devotee of Eastern Mediterranean music, Gari Hegedus, she marveled at Daly’s musical intensity and fluidity, the freshness of his approach and the integrity and depth of his transformational, multi-cultural artistic vision.

Although of Irish descent, Ross Daly defies ethnic classification. From a very early age, Daly discovered that music was, in his own words, "the language of my dialogue with that which I perceive to be sacred." This dialogue eventually led him to studies and collaborations with many great masters of the Middle East, Central Asia, and the Indian subcontinent. Widely traveled, Daly has been based on the island of Crete for decades. Universally recognized as one of the foremost experts on the island's rich musical traditions, he established the Labyrinth Musical Workshop in the village of Houdetsi, a unique educational institution and ethnic instrument museum staffed by international master musicians and dedicated to the study of the world’s modal music traditions.

After several years of studying and performing Ross’ compositions here in the U.S., Flexer and Hegedus dreamt up a project to collaborate with Daly and his musical partner, Kelly Thoma. Both Daly and Thoma are masters of the lyra, a pear-shaped bowed instrument found on Crete, to which the enterprising musicians have added an additional fleet of sympathetic strings. Uniting as composers and collaborators, the quartet of players of multi-ethnic string instruments began to craft and explore music that springs and departs from the traditions of the Eastern Mediterranean.

Ross Daly, Kelly Thoma & Teslim will be joined by Miles Jay on Bass. They invite listeners to join them on a journey of unexpected musical pathways and crossroads. Inspired by the diverse facets of traditional music of Greece and the Near East, these performers offer routes to a core sonic experience that defies easy geographic categorization. 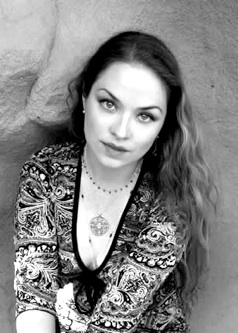 "One of the finest voices that this country as to offer. I regard her has the hidden treasure of the S.F. Bay area." LILY STORM, singing Eastern European folk music gems, will be joined by an Accordion wizard Dan Cantrell.

Lily Storm is a singer specializing in traditional music, with particular experience in Eastern European styles. She has studied with many traditional singers (Donka Koleva, Kremena Stancheva, Merita Halili and others). She has traveled extensively, living for some months in Hungary and Greece and visiting Russia, Georgia, Turkey, Albania, Bulgaria, Bosnia, Montenegro, Croatia and India. She also makes use of archival recordings to study ancient styles preserved into the early 20th century. In 2009 Lily released a debut solo album called If I had a key to the dawn: Love Songs and Laments from Eastern Europe, and is currently recording a collection of traditional lullabies from all corners of Europe. she sang with the Bay Area vocal ensemble Kitka for 5 years. As part of Kitka,she recorded as a soloist (The Vine, Wintersongs), collaborated in concert with ensembles including Le Mystère des Voix Bulgares and others. Lily will be joined for this evening concert by Dan Cantrell on Accordion and Gari Hegedus on various string instruments.

September 16: An Evening of Greek Rembetiko 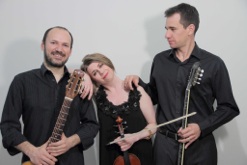 The HOHLAX trio was formed in 2007 on the Greek island of Amorgos . They have relocated and are currently based in Athens. The name HOHLAX refers to the beach HOHLAKAS, where the members of the group have spent many summers together. This beach, provided much inspiration and gives the group members of HOHLAX a unique energy and force, which, together with their dedication to the music tradition of Greece, makes for a unique and moving musical experience. HOHLAX has played in almost all of the music venues on AMORGOS and has also enjoyed performing in Athens .