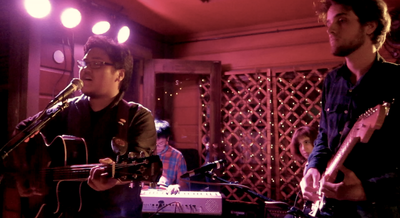 Tor House was the musical project of UCD alum Daryl Jason Lazaro from 2010 to 2013.

In 2011, Tor House began playing shows and open mics around Northern California, and opened for bands such as Other Lives, Fox & Woman, Ezza Rose, Foxtails Brigade, and S. Carey (of Bon Iver).

In 2012, Tor House consisted of Lazaro and a rotating lineup of collaborators. The band released an LP, The Immutable Tor House, in September 2012.

As of 2013, Lazaro moved to the Bay Area and began writing new music under the name Oberon Wild.