The vast majority of tornadoes around here are rated as F0 on the Fujita Scale with the rare occasion they might make it to F1. The Central Valley doesn't get severe enough storms to get anything much bigger — no tornadoes above F2 have ever been recorded in California. The Fujita Scale has been replaced by the Enhanced Fujita Scale which began operational use in 2007. Los Angeles County is the tornado capital of California with the most tornadoes. Orange County also has had a high number of tornadoes. The last F2 tornado to hit Sacramento County was in 1972, and the one before that was in 1921.

Benjamin Miller recalls seeing a tornado touch down from the Student Farm House in the early nineties. A photo and video of a funnel cloud was captured in East Davis by Terry Nathan and Kyaw Tha Paw U, both faculty in the Atmospheric Science Program. Both are available on the program's website. 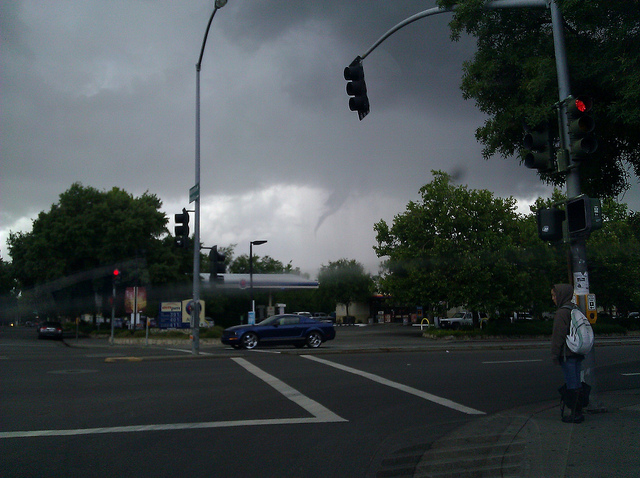