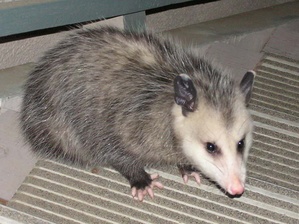 A possum ascends the stairs to a 2nd-floor apartment in Solano Park.

The longer one lives in Davis, the longer one becomes accustomed to the local wildlife. Some are year round residents, others only can be seen at certain times of the year. Local wildlife often inhabits the town flora. Want to know the correct taxonomic classification for one of Davis' biota? Check out Wikispecies.

Domesticated animals also make up a good number of the animals in town, some of which have their own personal pages or check out Cute Animals.

Wild Campus is a UC Davis student group that promotes the conservation of Davis' native wildlife through community outreach and events, providing opportunities for student research, and habitat restoration projects. 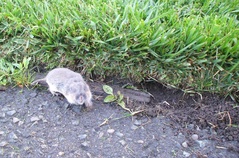 A gopher, caught in the act. 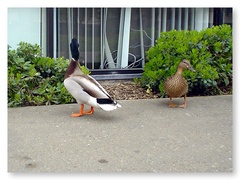 QUACK! Davis ducks are relatively fearless. These two wait near the Tercero DC for snacks. 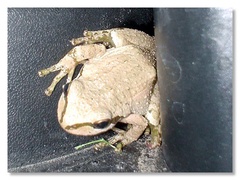 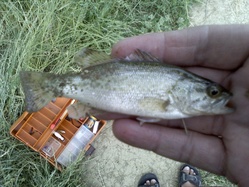 One of the many summer basslings you can find on Putah Creek. 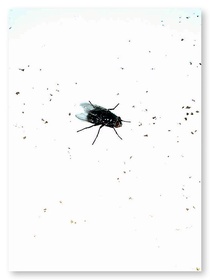 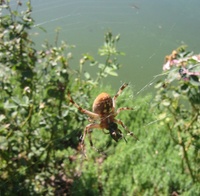 a spider taking advantage of other wildlife in the arboretum If you have a problem with any of the below, you may need to call one of the Davis-area exterminators.

sitting on my porch (University Ave, between A & B) a couple of days ago i saw a falcon attack and eat a pigeon. most exciting thing i've seen in davis in quite some time. EllenWoodall

2007-10-28 21:11:22   Whatever difference there was, once, between Town Fauna and this page has gone, as CovertProfessor points out. I think it was once that Fauna included domestic animals and 'wildlife' here didn't, but that is long since gone. Anyone want to merge them, as well as adding a comment box on Fauna? There could be a * along side, or a section for domestics, if one is concerned about it. Else, one cannot find half the information that is really hidden on the other page. — NotTires —NotTires