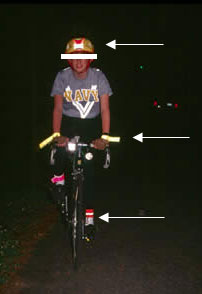 Townie is a term applied to "permanent" Davis residents, usually by UC Davis students. It is pretty common in college towns around the country, along with "town and gown", which seems to be more common on the east coast. The term sometimes has derogatory connotations, but often is used in an endearing manner. The "townies" refer to themselves as Davisites both in passing and in print. In Davis, resident permanence can be anywhere from about five years to multi-generational. In part because of their town-gown relationship as well as the town's small size, Davis residents may be considered quite vocal and emotional about decisions that affect their city — these often include choices made by the university and students. The relationship between Davis residents and the university is further muddied because so many residents also work at UC Davis in a range of capacities.

Davis Townies can be identified by a variety of defining features and characteristics, especially to the well-trained eye of UCD seniors. The most common feature is the ankle reflector, as seen above. A true townie wears these even in the daytime. Various other reflectors also make for quick identification. Some townies, including many employees on campus, wear suits while they bicycle to campus. These townies usually have a reflector or other strap around their ankle to prevent getting chain grease on their pants. Some townies ride single speeds or fixed gears, but many outsiders do as well so it is difficult to distinguish these townies. Most outsiders have Timbuk2 messenger bags, while most Townies have Chrome messenger bags because they *think* it is cooler. Many Townies don't even ride bicycles at all; rather they prefer to travel by Horse or even by Sheep, which you may see walking around town once in a while.

Young Townies are people who are "native" to Davis and may feel very protective of their homeland. They can be seen at larger house parties and at the G Street Pub which is their Mecca. Some Townies cross the line and actually attend UC Davis, although more than a few are stuck in a perpetual cycle of signing up for and dropping out of classes at local Community Colleges. Most townies are Graduates of the Davis Joint Unified School District. Townies are most often employees at local businesses and cater to the every want and need of the very picky and easily angered Undergraduate Students.

I guess I'm a townie. I don't think I'm bitter about people moving here, but I do dislike it when there is criticism of the quirky things about our community - our habit of having long public discussions about every change or decision, our tolerance of passion in local politics, our protectiveness of the downtown, and insistence for slower than molasses in winter growth. I remember telling a group of parents who were new to town during the last renewel of the school enrichment bond that we've had this bond in place for 16 years and we expect them to vote for it again. Sometimes you just have to tell people how we do things here and they'll join in. —SharlaDaly

Because a lot of Davis' value lies in real estate holdings and Davisites tend to hold environmental issues close to their hearts, many of Davis' players tend to operate officially in those arenas and connections are often interwoven with larger regional developers and agricultural families.

I would have to say that townies are people who have lived here for a long time, regardless of how they feel about Davis or UCDavis or UCD students. -GeorgeLewis

Well I still know some older people who were born and raised here and are still bitter about people who moved to Davis in the 1970's..... —JimSchwab

So maybe we should change it to say that Townies is a group comprised of Davis Natives who are primarily protective and bitter, etc. —GeorgeLewis

Exactly, but that would be biased.....I only started this page because it had been under Social Structures for a long time with out being made. —JimSchwab

I don't understand. How would that more biased than the page already is. The page now reads that ALL townies are protective, they can ALL be seen at larger house parties and the G Street Pub. I am trying to make it more inclusive of people I know who are townies yet don't fit into this descritption. —GeorgeLewis

2005-04-21 19:39:55   I have been teaching at the college/university level for 20 years (2 different universities and 4 different community colleges) and I'm teaching at the community college here in Davis (SCC) for the first time. I have never in my career had students who behave like these young women and men!! Many of them come to class, at most, every two weeks— despite the fact that the syllabus states that attendance is mandatory and that they will fail the class if they do not attend regularly. I do have about 5 or 6 serious students and they are generally hard workers but the rest seem completely indifferent, not to mention incurious. Does anybody out there have a theory about this phenomenon? —SuzanneDevelter

I've taken SCC language courses, and got the impression that some undergrads attend because they need units and figure SCC will plump their units w/o as much effort as a comparable UCD course. Grad students & profs see a similar phenomenon in lower division required courses. —AlphaDog

I've noticed that the quality of student as SCC really varies by class. I've had some where students seemed a lot more serious and involved than in classes I took at UCD, and others that were basically like high school. What class are you teaching? —JessicaLuedtke

I have tried to take classes at SCC, but I work full-time and SCC offers very little locally in the evenings. So I attend Woodland Community which seems more geared toward serving the older student. The classes I've taken in the evening are usually 1/2 working older adults and 1/2 younger students who also are working their way through college. The mix is very good and most are motivated to attend class and pay attention. I have no idea what the classes are like during the day. —SharlaDaly

2005-11-02 16:59:08   I'm a sort of townie. I didn't go to UCD and only moved here a few yrs ago, but have no intention of moving away. I agree with Sharla's comment above, tell people what is expected and they will make a decision best for themselves based on that information. —RocksandDirt

2005-11-12 22:29:43   I am the ultimate townie (I left to go to Berkeley, but then came back). I have never been to the G Street Pub. Instead, I would say that the real place we townies can be expected to congregate is around our parent's pools. —AntoniaOakley

Hahaha, this is so true for me now that my parents house has a pool. -NickSchmalenberger

2007-02-21 22:02:37   As someone who has lived here all my life, I found parts of this article questionable. I myself go to UC Davis, and know more townies that do than go to the community colleges. Let us not forget that the site is called Daviswiki, not UCDAVISwiki, and is intended for the whole of the community. That said, I have edited what little content I found objectionable, and tried to keep my changes to a minimum. —GeoffJohnson

2007-02-21 22:46:11   Hell I had never heard the name "Townie". It's such a UCD centric term, used by students who come to Davis. This page *should* be named Davisites, and townies should be a redirect, not vice versa —StevenDaubert

2007-05-30 10:18:26   As a townie who also goes to UCD the term is not new and correct. Sorry it is about being a townie and proud! It is not new either Daub, it is an old expression and I will be upset if it stopped being used. - BenjaminRosenstein

Davis is a place of change and consistency. Ahead of it's time and yet you can always come back to it and reflect on old times. The quad, the trees, the odd ball nature of things, WEF, Picnic Day... The blooms, the dreary winter trees, the stinky buses, the bikes. Davis is like no other.

So, what's a Kaethe? A friends brother asked that once... made me laugh. I guess I could have been frustrated... it is an odd name. Been odd all my life ;-)

I came here as an Undergrad, long and getting longer ago in 1981. It took a little while to grow on me... but, I loved coming back to the cows. There aren't as many cows anymore... more bikes, more cars, more houses than 1981. But, my dear old neighbor lived on Oak when it ended just before 8th Street... now she saw real change!

Here we are today with Lofts, more "association houses" than frats on Frat Row, and the quickest parking police ever in a town that wants downtown sales.

I started a blog. We will see how much fun that is or not...things like that sound good, but then reality sets into everyday life.

Other than my two cents here, you can always find me around town. -ksullivan

2008-03-24 04:58:04   The comments on this page make the case of the students. Clearly, this was written as a fun, tongue-in-cheek article, and you have "Davisites" taking it seriously and getting upset. Everybody needs to just take a deep breath and relax —RussellAnderson

I don't think anybody is really upset... I hadn't heard the term before I started using the wiki either, but I am willing to apply it to myself. —NickSchmalenberger