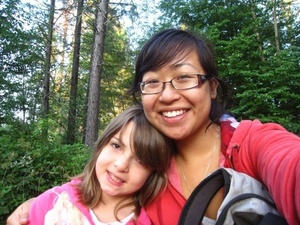 Tracey Zeng, a notable second year, is a member of the ASUCD Senate and LEAD. She won office in the Fall 2007 ASUCD Election. She was an ASUCD External Affairs Commissioner, the CalPIRG coordinate for the "What's Your Plan?" voter registration campaign, intern for the CalPIRG Hunger and Homelessness campaign, a member of Phi Alpha Delta and a former intern for US Federal Judge S. Otero.

"Hey there! My name is Tracey Zeng and I’m a second year double major in Political Science and Philosophy here at UC Davis. I’m proud to be running for Senate this year on the L.E.A.D. slate. If I am elected as a senator, I will work on three main issues: first, passing a zero waste policy, second, registering more student voters, and lastly, giving clubs and resource centers on campus the skills they need.

The first thing I want to do is to pass a zero waste policy for ASUCD. ASUCD is one of the largest student governments in the nation, but we are not living up to that reputation by being leaders in economic sustainabilty. The university has already written a university-based zero waste policy: ASUCD has to follow up by making sure that it follows the University's lead.

The last thing I want to work on is equipping clubs and resource centers on campus with the tools necessary to be effective. Groups that students are involved in on campus have one main problem in common: they all do not receive adequate funding. As a result, the events they put on could be bigger and better than they are now. I want to make sure that these events are as successful as possible by paying professional marketing and fundraising trainers to come to campus to teach campus groups how to raise money and publicize their events.

Remember to Vote for Tracey Zeng and the L.E.A.D. slate for ASUCD Senate!"

2007-09-26 23:40:40   It was nice to see Miss Zeng at the DCD BBQ. I was a bit disapointed that she stayed for such a short time and that the majority of that time was campaigning. On the other hand, I liked that she was talking to people about important issues such as textbook affordability. —GregWebb