Tree Davis is a non-profit organization, the mission of which is "to enhance the Davis urban forest while educating area residents, businesses, 16 schools, and other organizations on the value of trees in our community."

It was formed in 1992 by a small group of people — Bob Cordrey, Richard W. Harris, Robert Deering, and Lois Wolk, among others — who were concerned about the state of the urban forest in Davis and who wanted to increase citizen awareness of and involvement in issues concerning the urban forest.

Tree Davis offers a variety of programs and workshops, as well as technical advice, tree planting demonstrations, and workshops. Individuals and groups may participate in community planting projects and tree maintenance and pruning workshops. We also give classroom programs in local schools.

In 2002, the Tree Davis Memorial-Commemorative Grove was created at the north end of the Evergreen Greenbelt, just south of the University Retirement Community.

In September 2006, a sculpture by artist Gilbert Menke was installed at the southeast corner of 2nd Street and D Street, in front of Coldwell Banker Doug Arnold Real Estate, Inc., next to which is a small pedestal containing brochures for the Downtown Davis Treewalk. The Downtown Davis Treewalk and sculpture received an award from the California Urban Forests Council at the CAUFC 2007 Conference in San Francisco.

On Saturday 16 February 2008, TREE Davis held two planting events on Highway 113 between West Covell Boulevard and County Road 29, adding 55 valley oak seedlings to the existing planting of oaks and California buckeyes, which were begun over a decade ago.

We’d like to thank Jim Thorne of the local chapter of the Society for Conservation Biology, who provided the seedlings and helped plant them, Hibbert Lumber, who generously donated tools, and the 17 hardworking volunteers whose support made the plantings possible.

In years to come, the Highway 113 corridor will be greener, cleaner, and cooler as a result of these contributions.

Arbor Day 2008 was observed on Saturday, 26 April, at Mace Ranch Community Park in East Davis. This year, Davis was recognized with its thirtieth consecutive Tree City USA award, an achievement shared by few other cities.

In the fall of 2008, PG&E sponsored a free shade tree program for the residents of Davis, Woodland, and Winters. After attending a workshop, applicants were able to select one of five trees (little-leaf linden, blue oak, London plane, Frontier elm, or sawleaf Zelkova) to plant on the east, south, or west side of their homes. NeighborWoods 2008

In the fall of 2008, we had NeighborWoods plantings from October to December and planted almost 200 trees in East Davis and South Davis.

On 8 March 2009, another 42 oak seedings, courtesy of Jim Thorne again, were planted by a group of volunteers from Tree Davis, the Davis Senior High School Key Club, Davis Lodge No. 169 of The Independent Order of Odd Fellows, along the east and west sides of Highway 113 from West Covell Boulevard to Willow Slough.

In the fall of 2009, we had NeighborWoods plantings from October to December and planted almost 90 trees.

In June 2019, the City of Davis announced that it was selected for a $500K Urban & Community Forest grant, and will partner with TreeDavis on tree planting and grant administration. The grant will "enable the City to plant 1,000 trees and to develop a 40-year Urban Forest Management Plan."

Tree Davis is running a number of other planting and tree care programs in the Davis/Woodland/Sac area -- for added details, please visit the Tree Davis website. 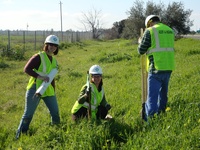 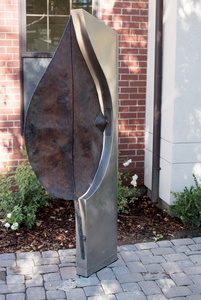 Tree Davis why can't you help ease the burden between citizens and the city re tree upkeep and maintenance... —StevenDaubert