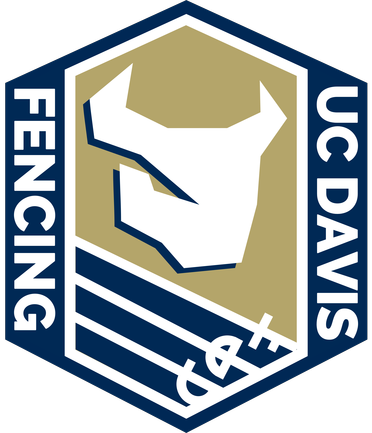 The UC Davis Fencing Club is a Competitive Club (Level 1). Members compete at all levels, including local, intercollegiate (NCIFL) and nationally (USFA). Membership is open to all UC Davis students.

The fencing club in the 2007-2008 academic year. Now it is unfortunately much smaller, so you should join!

Our victorious faces after the 2015 Cal Poly Turkey Tourney!

The club during the 2016 UC Santa Cruz tournament, with our proud medalists in the front.

We are a sports club whose primary purposes are to teach and promote the Olympic sport of fencing. In addition to fencing skills and competition, we emphasize basics, safety and respect to our traditions and to our fellow members, officers and coach. It is also our goal to provide club members with a social environment which provides adequate reason to eat lots of pizza and play glow-in-the-dark frisbee from time to time, never losing sight of our ultimate goal of dominating our dread rivals, Cal Poly San Luis Obispo.

UCDFC welcomes everyone - especially new people who "just want to try" fencing; you bring yourself, we'll provide everything else: training, traditions and equipment. If you are already an experienced fencer, you're also welcome; the skills and talent you bring will enrich everyone's experience at the salle.

Originally founded in 1954, the UCDFC is the oldest of all the sports clubs at UCD, and the fastest-growing. UCDFC is a member of both the United States Fencing Association and the Northern California Intercollegiate Fencing League, and is host for the season-finishing Davis Fencing Tournament each April. This tournament sees both individuals and teams compete in all weapons for both sexes, and covers an entire weekend. The 2005-2006 season will see the inception of the NorCal Championship Cup, which will be awarded to the college or university fencing team with the best over all showing at year's end.

Many advanced UCDFC fencers are members of the USFA and compete in the Bay Cup Circuit, widely recognized as one of the most challenging fencing circuits in the United States.

You may recognize a fencer on campus by our jackets. 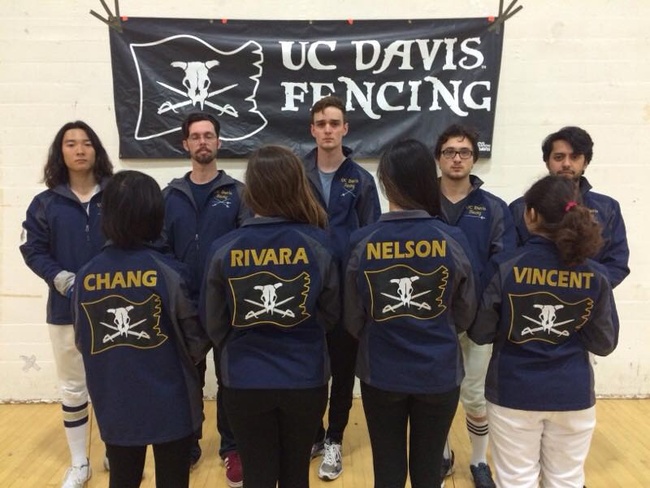 Needless to say, if you're somebody who's fenced before, a person even remotely interested in fencing, and associated with the University of California, Davis in any fashion, come on by to a practice and check us out.