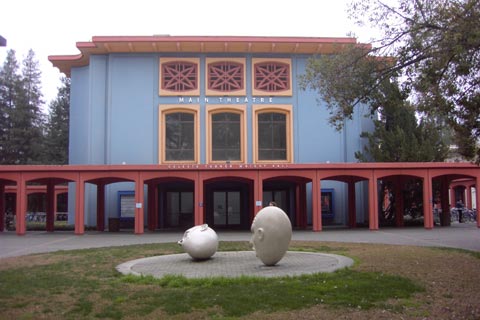 The Main Theatre is a part of Wright Hall. The Main Theatre is one of the primary venues used by the Theatre and Dance Department, which also performs at the Mondavi Center and at Wyatt Pavilion on the other side of Putah creek. Main Theatre is also used by other performing arts groups on campus. Reservations are made through Campus Events.

The Main Theatre was the same pale yellow color as the Art Building and the Music Building until it was repainted in the mid-90s.

There are Eggheads located in front of the building. 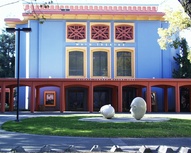 The theatre seats 470-480 people. Above, the set for the 2006 production of Shakespeare's Cymbeline.