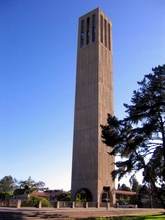 UCSB's Storke Tower, under which is KCSB, the student radio station 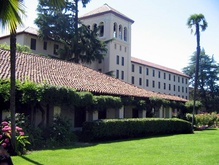 UC Santa Barbara has long been synonymous with words like: PARTY, BEER, SEX, and FUN. True, Santa Barbara does provide an environment conducive to rambunctious social gatherings, but there is a serious academic side. UC Santa Barbara consistently ranks among the top 50 universities in the nation, and has had 6 professors win Nobels in the last 10 years- more than any any other UC from 1996-present. They did (despite increased regulation from administration) manage to garnish an impressive fourth place on the Princeton Review's top ten party school's list released August 22nd, 2005.

The University was founded back in 1909 originally to train teachers. It was made a state college in the middle of the 1930s and incorporated into the University of California System under the Master Plan. The campus currently enrolls 19,799 students annually. They are presided over by chancellor Henry Yang. The campus directly faces the ocean front, adding to the festive atmosphere already present in the student body.

UCSB's mascot is the Gaucho, a hispanic cowboy. The university used to have a football team, but it was discontinued. One of the popular phrases on campus is "UCSB football, still undefeated."

The campus has three undergraduate colleges to date: 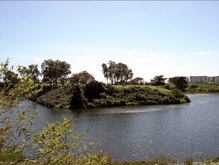 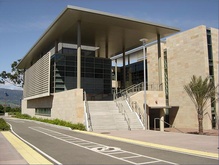 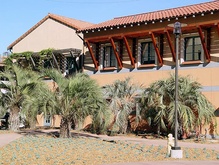 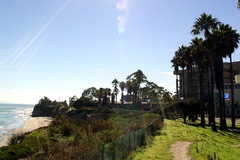 My dad has mad love for UCSB, he got his undergrad done here before he hit up UCD! —StevenDaubert