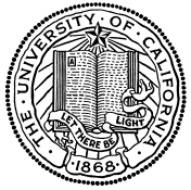 The seal of the University. Copyright UC.

They are overseen by the Regents of the University of California, or UC Regents. UC is considered autonomous from the state government, even though they draw a large amount of funding from the state and the Regents are appointed by state governors. However, most UC-wide decisions are made at the UC Office of the President (UCOP). 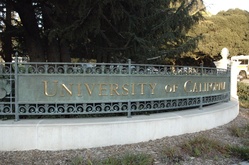 Sign from the original University of California campus: UC Berkeley.