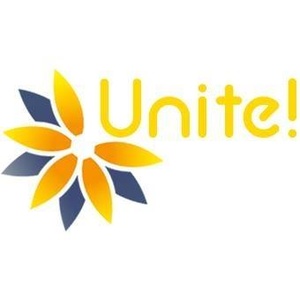 UNITE!was a slate comprised of 9 ASUCD members, including senators and the executive team. Their goal was to unite the campus behind good leadership, accurate representation, fiscal responsibility, and above all, transparency which has been one of the biggest issues to most students for years. Their mission was to elect statesmen and women who are willing to work with each other to pass legislation that affects students and the campus in a positive way and bring together the campus behind leaders who put the students and campus above personal or partisan agendas. In addition to their moderate values, UNITE! was generally seen to hold a center-left to center-right position making it the more "conservative" slate (as far as Davis goes). This is especially evident in light of the President Michael Gofman and Senator Atanas Spasov being members of the Davis College Republicans while Senator Alisha Hacker was a member of Davis College Democrats.

The follow are the the candidates that UNITE! ran during each election cycle. Bolded indicates won a seat.

UNITE! first ran candidates in the Fall of 2017, winning two seats through Jesse Kullar and Danny Halawi, taking two out of six seats.

2 out of their 6 Senate Candidates were seated.

Alisha and Sydney ran for the executive ticket, with Alisha running for President and Sydney for Internal Vice President. 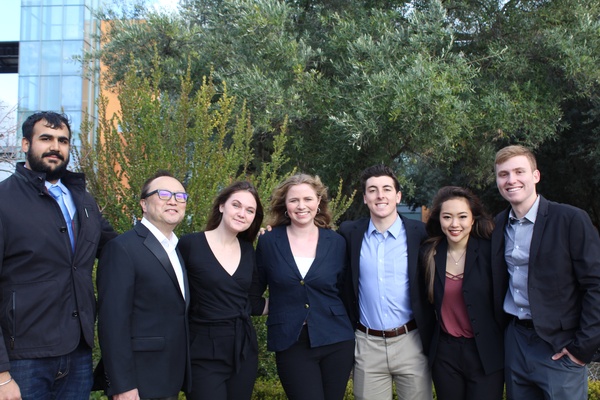 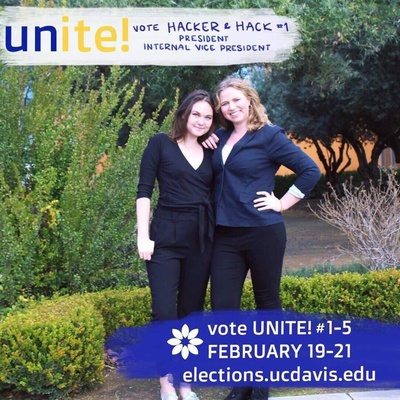 Four of the five total UNITE! candidates were seated.

The candidates (from left to right) were Shaniah Branson, Atanas Spasov, Brandon Clemons, Daniella Aloni, Moyammed Quayum, Alisha Hacker, and Michael Gofman. Not pictured is Colin Heurlin who ran a remote campaign from Washington D.C. while he attended the UCDC program. However, due to his absence at the mandatory elections workshop, he was disqualified from running in a judicial council decision. Three of the five senate candidates were seated. Daniella Aloni who initially did not win was then nominated to be an interim senator during week 2 of spring quarter 2018.

The candidates (from left to right) were Danny Halawi and Jesse Kullar. Both candidates were seated. 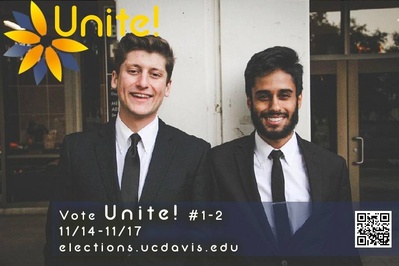