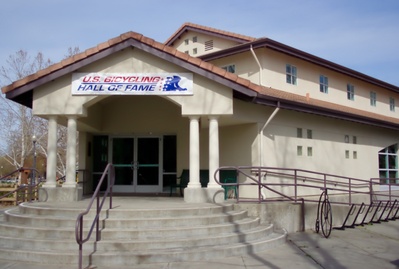 The U.S. Bicycling Hall of Fame is located on the corner of Third and B as of November 2009. It was formerly located in Somerville, New Jersey, until Davis was chosen as its new home- primarily because of the reputation as a bicycle-friendly city. Prior to the relocation to the museum's current location was the Teen Center. For information about the new summer program for teens, click on the link provided about The Vault. The Vault was created as a replacement for the Teen Center in 2010. This new hang-out spot is at King High School.

The Hall of Fame had its grand opening at its new location on April 24, 2010.

During January 2013, television news used the building as a backdrop to report on the Lance Armstrong doping scandal.

Mission: The U.S. Bicycling Hall of Fame is a 501c3 non-profit organization dedicated to recognizing American competitive cyclists and contributors to the sport for their significant achievements. Its mission is to preserve the history of American cycling in order to educate people about the past and encourage them to participate in the future of the sport. Encouraging all levels of cycling, the U.S. Bicycling Hall of Fame promotes cycling development and fitness.

Rentals: The Hall of Fame is available for private, government, NGO, and business function rentals of the hall. The prices are as follows: Main floor: $100 per hour Top Floor: $50 per hour Basement (with courtyard if needed): $50 per hour

There is also a $250 Cleaning/ Security Deposit when a rental is 4+ hours. This charge is fully refundable with departure.

For additional information on the Hall of Fame, please click the link below to visit the website: http://www.usbhof.org/ 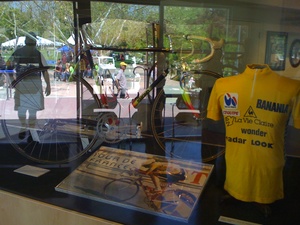 Greg Lemond's jersey and bicycle from the 1990 Tour de France 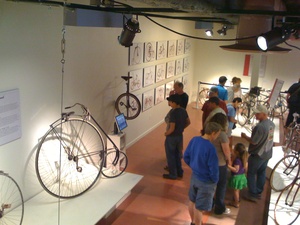 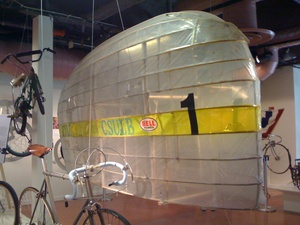 The first faired bicycle in the United States. It allowed the bike next to it to set several bicycle speed records. This is one of the predecessors of all modern human powered vehicles (HPVs), such as those from the UC Davis HPV team 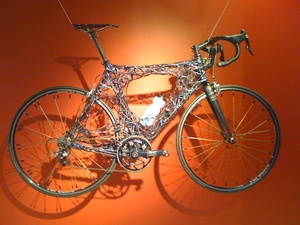 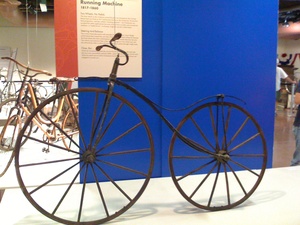 A "running machine" - a very uncomfortable looking predecessor to the bicycle, used between 1817 and 1860. 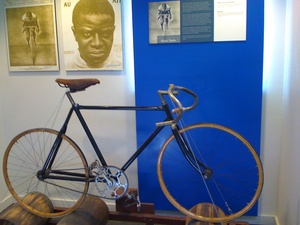 Major Taylor, a world champion cyclist from the very late 1800's. He set world records in 1899, but left the sport due to racial discrimination. The highest paid athlete of his time, he lost his money in the 1929 stock market crash, and died of an illness in 1932. 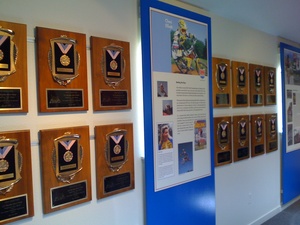 The top floor is lined with about 100 plaques commemorating inductees into the Hall of Fame. 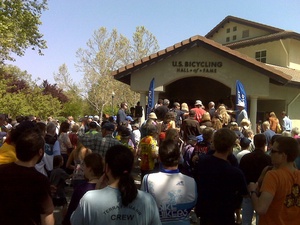 2010-03-09 18:37:28   I have yet to see it open. I also have yet to see it provide any kind of public interest. The only actual outcome I can see since it's being placed in the former Teen Center is a rise in adolescent crime (also due to the only other teen centers closing: the ring) —WesOne

I did see some people having a wine and cheese thing there amongst the bicycles once. Since then, it hasn't been inhabited while I've been walking by. —IDoNotExist

2010-04-25 05:50:16   Wow.. love how they just kind of snuck in a Grand opening... It's almost as if they didn't even want people there.. I saw nothing at all in print or internet posts, heard nothing on the airwaves and saw nothing on the tube about this Grand Opening Event... What is the point of having a place in town that doesn't seem to actually want any visitors? —WesOne

I was a bit disappointed by it though. The collection of old bikes that they have in the basement was interesting. They sort of have an exhibit on the history of the bicycle. But what they had was really incomplete. They could have had a lot more on improvements in cycle design since 1970 (especially advances in aerodynamics,materials, wheel design, clip pedals, seats, safety, etc.), but it was almost as if the last 40 years didn't really exist. There was nothing at all on helmet and clothing changes, which have been very important for comfort, safety, and aerodynamics. There was a little bit on racing - especially the history of the "Madison", and a little bit on early racers such as Major Taylor. But there was basically very little on the history of cycling as a sport beyond that. They are a bit space constrained on the top and bottom floors, but the ground floor was almost entirely empty. They had the display of Greg Lemond's bike and jersey (pictured above). But most of the rest of the floor was covered with a giant map of an upcoming race, rather than actual bikes, as I'd expected. I'd also thought that maybe they would have more of the bikes used by some of their hall of fame inductees (they did have two), and more information on the reasons that their inductees were inducted. (Their website has much more information on their accomplishments.) So not too bad, and interesting for about 45 minutes. But it really seemed incomplete in so many ways. Hopefully, they can fill in the gaps over time. —IDoNotExist

According to the Davis Enterprise, April 25, 2010: "...the original plans that called for a separate museum and hall were scrapped when the concept confused potential donors...Blending the two visions remains a work in progress... the opening has begun attracting more volunteers. They'll be needed to help it follow through on its goal to rotate exhibits regularly. What's on display now is really “a bare minimum” of the bicycles, trophies, jerseys and more now in storage at UCD...With the planned hiring of an executive director, fund-raising should soon begin in earnest." —CovertProfessor