Walker Hall , located in the middle of Campus, was named for Harry B Walker, professor of agricultural engineering from 1928-1951, and used to be the engineering building. As a matter of fact, if you look at the lintel above the main entrance, you can still see the original writing. Built in 1927, it is one of the first "permanent" buildings on campus. It also used to house the Design department and Design Museum, so people often simply called it "the Design Building". Now however, the Design Department has moved to Cruess Hall. Additionally, the Landscape Architecture department moved from the second floor of Walker Hall to their own wing of Hunt Hall in 2009.

Walker Hall is consistently a target for vandalism, theft, and various other security problems including a homeless man living in the loft in 2009. Administration and campus police are trying to better the situation by closing the building earlier and monitoring the various entrances overnight. The building is infested with insects of all types that swarm the building at night, especially Cockroaches and Crane Flies.

Walker Hall is was vacated to make room for a 450-seat classroom and the Walker Promenade, a tree-lined walkway leading from the Unitrans Hutchison Bus Terminal to Shields Library. This will require Walker Hall Annex to be demolished and the Walker wings to be renovated.

There used to be numerous Temporary Buildings to the west of Walker Hall. Some formerly contained design labs, studios, faculty offices, and the woodshop. Walker Hall Annex is a temporary building located to the south of the main hall and is rather difficult to find given that it is not listed on any maps. All of the Temporary Buildings were vacated and removed by summer 2010. The former location of the temporary buildings is now the site for the new Student Community Center.

Following years of serious discussion, the renewal and seismic correction of Walker (but I barely know her!) Hall began in 2018. The project will transform the building into a new Graduate Center.

In 2012, a proposal for a center was submitted to Chancellor Katehi for review. The Provost has appointed a Project Advisory Committee (PAC) consisting of campus leaders and graduate students, and separate workgroups have been formed to represent the constituencies to be housed in the new center. The PAC has interviewed and selected an architectural firm and preliminary space planning is underway. The project is scheduled for completion in 2018 barring any unforeseen delays.

The new Graduate & Professional Student Center will consolidate graduate studies staff, faculty, and student services that are currently dispersed in several locations around campus.  It will house the Graduate Student Association and provide a common space for graduate and professional students that will foster interaction, collaborative discourse and a sense of scholarly community.

Preliminary renderings of the project can be viewed on the website of the architecture firm Leddy, Maytum, and Stacy. 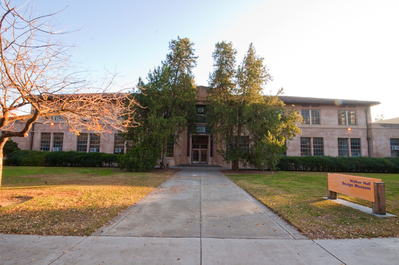 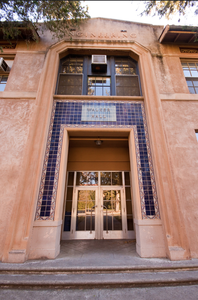