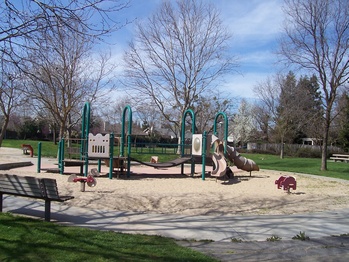 A play structure in the southern area of the park

Walnut Park is immediately adjacent to Merryhill School and offers children's play areas (the northernmost has a climbing wall but very little shade, the southern one has a larger sand area and two separate structures), tennis courts, large grassy spaces, a fitness trail, paved bike path and an off-leash dog area. Dog owners should be aware that this signed dog exercise area is not fenced and may be occupied by AYSO on weekends.

The City of Davis did consider putting in an 'Aquatics Facility', with a recreational pool, spray part, possible water slide, and two lap lanes. However, on April 17, 2012, the City Council approved building permanent restrooms in the park partially funded by money that was set aside for the pool. Currently, the restroom facilities are porta-potties: one next to the tennis courts and one next to the southern playground area.

The fitness trail starts at the southwest corner of the dog park, close to Barony Pl. The next closest station is past the sand volleyball court on the path to the left. The rest of the stations are back to the southwest. 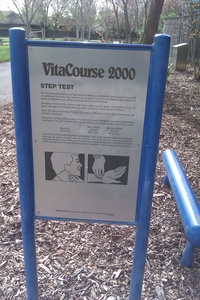 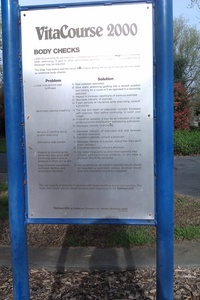 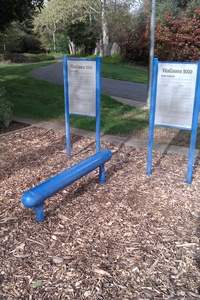 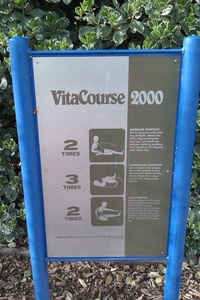 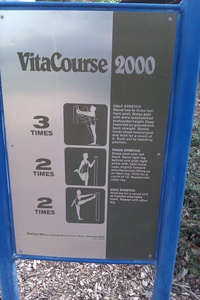 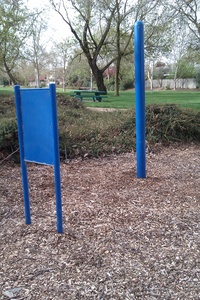 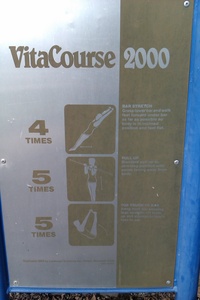 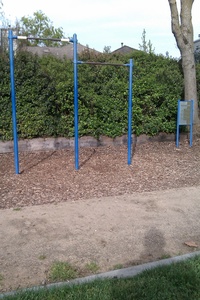 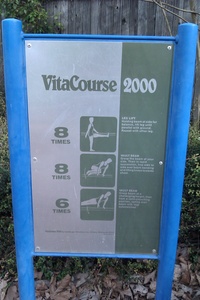 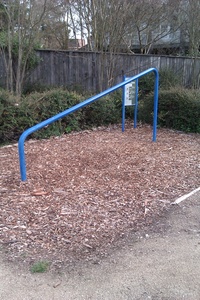 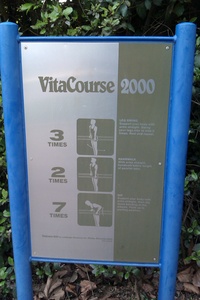 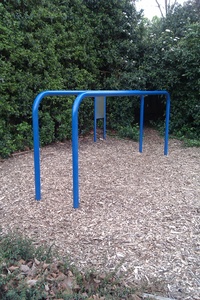 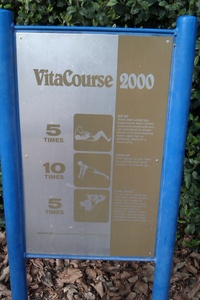 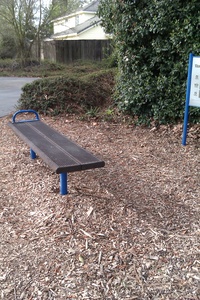 2010-12-13 12:51:47   My dogs enjoy this off-leash area. Occasionally there are issues with all the dogs walking on the nearby path but usually it's a matter of calling the dog to you and the walking people wave and continue on their way. The dog owners here are very friendly to one another and let the dogs be dogs! Just be aware that it is not fenced. —themichelle