If you come across a form of life in Davis that you cannot identify, post a picture of it here. Include a description of the location, size, behavior, and any other potentially relevant characteristics. Once your species is identified, move the picture to the appropriate page on the wiki so that others can learn from you. 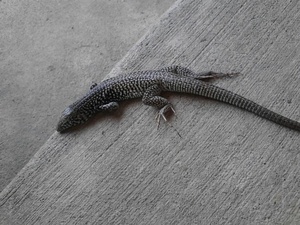 my cat killed this lizard in the rocky, weed infested field behind my house. i was just wondering what kind of lizard it is, since its dead on my back porch.

Ok. this one wasn't in Davis, and I don't have a photo (I was busy removing the spider), but perhaps someone at Davis can identify it. This was probably the largest spider I have ever seen in my life, excluding a cute tarantula I used to know. This spider was massive - 1.5-2" long. The body was probably half an inch wide. It was furry. It was black, with a light brown stripe or band on each side of each section of the body (or perhaps two on each side). It was not particularly aggressive, and I managed to get it to walk onto a newspaper with no problem. It was living in Southern Florida. Given its size, it may have done battle with some of the small lizards that are always wandering around here and emerged victorious. Anyone know what it was?

Update: The stripe pattern looked a lot like this Funnel Weaver spider:

however, the spider was wider and thicker than this spider, was almost entirely black, and the stripes were light brown instead of black. Also, the stripes were closer to the sides than the center, and there were stripes on all body sections. But the shape of the stripes was similar to those shown in the linked picture. This should be a wolf spider StevenDaubert

This is a common garden pest in Davis. What's it called? I often catch these guys eating the petals on my petunias. These pictures were taken in mid-August 2008, when temperatures were not exceedingly high. 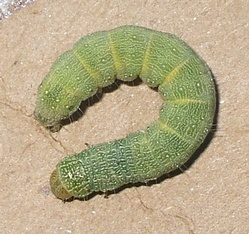 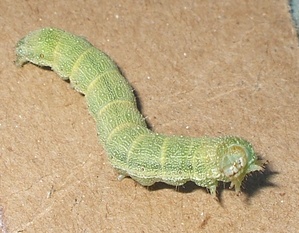 What kind of spider am I? 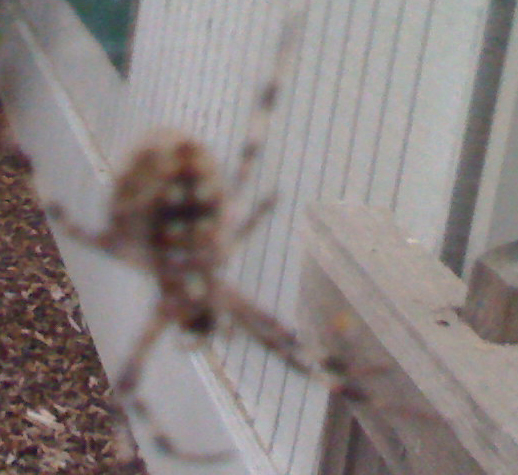 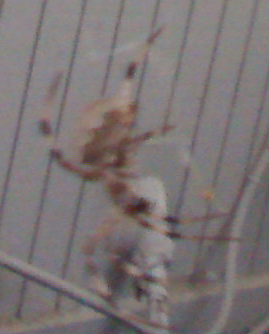 I've identified this spider, I am waiting on a genus and species name —

I've come across a very large, very unpleasant looking spider. Can anyone tell me what species it is? Sorry about the blurry photos. Apparently, my camera doesn't do well with small objects that must be photographed up close to get a reasonable amount of detail.

What kind of Spider is this? This was found in New Zealand. 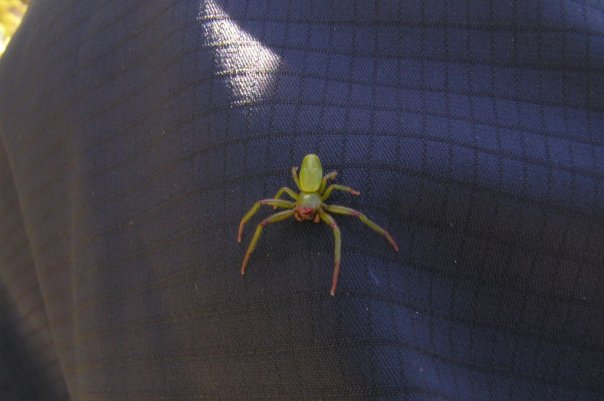 whatever it is, it's surely very poisons. The coloration is clearly configured as a warning... —StevenDaubert