What better way to express your love for Davis Wikiand spread The Word than putting a wiki sticker on your laptop, bike, car, binder or child? The original sticker reserve has since run dry, so rather than make a second run of the same sticker, I thought I'd give the community a chance to design the next wiki sticker.

We're having a sticker design contest. The Wikizen who designs the best sticker will have their design printed en masse and receive a pile of free stickers. Please limit your stickers to smallish squares or rectangles. Two colors is preferable (one vinyl color, one ink color), but we might make exceptions if the design is super awesome. Designs should be in a vector format or bitmapped at 300 dpi. Leave margins of at least 1/8". Don't try to do any half-toning or any other pixel tricks as the sticker process doesn't take kindly to that kind of thing.

You design it, Philip picks a winner (he's paying for them).

Please upload your designs to this page by midnight on May 21.

Here is some source material:

If you don't have Photoshop, Flash or Illustrator, you can use opensource alternatives like The GIMP or Inkscape. 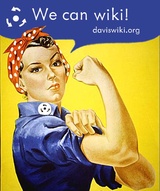 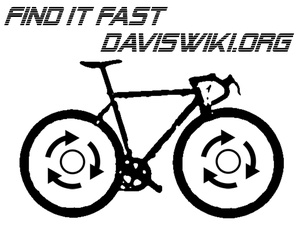 As no one else entered I'll submit a late entry

Can someone suggest better words?

Per Daubert's suggestion <-- You can't tell from this, but everything that is white would be transparent, and the "sticker" itself would be those resuable static cling to glass type stickers, Afixable in a store window or a car etc ... —StevenDaubert Sadly, looking into it, static cling stickers are a bit pricey, but then again, I only checked google. ~DavePoole

with apologies to Abby...

If you don't know what Building Roles is....exactly.-JamesSchwab

variation on the URL design

based on Philip's request for a recreation of the original

Something in the same vein as the original. The tiffs are the correct size (4.25" x 1.38") at 300 dpi and the designs have sufficient margins.

It's in a format that's very convenient to a graphic designer. It's all good. The same thing is in the PDF. —wl

2007-05-08 01:02:40   Basically the same as before, but transparent except for the logo and the URL which would be black, it would also be the kind that sticks to glass I belive by static cling or something. it should say daviswiki.org/............. where people can put something with sharpie or whatnot, ideal for business etc. I'm will whip up this idea sooner or later, please not it wouldn't be periods but a underline, but the wiki hates me so it underlines the rest of my comment—StevenDaubert

2007-05-10 14:42:54   What about some kind of "Read about it on the Davis Wiki" campaign? In other words, when people go to a new business or organization because of something they read on the DW, they should tell that business or organization. I did this recently with a local hotel, and the response was, more or less, "hunh?" That shouldn't happen. A "read about it on the Davis Wiki" campaign would encourage people to talk up the wiki via word of mouth; businesses and organizations would definitely take notice, since they are themselves trying to figure how best to spread the word.. —CovertProfessor

2007-05-23 12:56:06   Nobody submitted a design! Even if somebody would re-create the old sticker with the proper dimensions it'd help get some out faster! —PhilipNeustrom

2007-05-26 11:19:57   Suggestion: A tandem bike (a la Elise's excellent bike idea) with the motto "Davis Wiki: Ride Together" or "Davis Wiki: The More the Merrier". The bike idea is really fantastic, Elise. I just thought a tandem bike might capture the "multiple people working together" idea. Single or tandem, though, the bike logo is great. —JabberWokky

2007-06-17 22:06:07   I'll say that this is the best here, sticker-wise. It gives a hint of what Davis Wiki is. I'll start looking into printing it. I also like the bike one, but it needs a lot more polish before it could be printed. —PhilipNeustrom 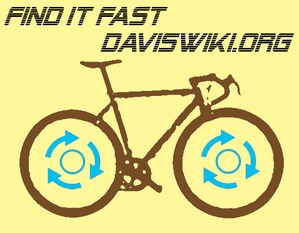 What do people think of this color combination?

2007-06-25 19:12:54   Can somebody upload a simple replication of the original sticker design (see Wiki Sticker) that is completely ready for print (see http://www.123stickers.com/index.asp?PageAction=VIEWCATS&Category=202 for some details, perhaps)? If someone does this I'll send it off to be printed.. —PhilipNeustrom

2007-06-26 13:24:43   I think it's a waste that a few people, myself included, spent time designing stickers and now a decision is being made to print the original boring sticker. If decision-makers are going to go with their own ideas, then why create a design contest in the first place? —EliseKane

Because none of the images uploaded on this page are print quality. Upload a print quality sticker to the specs of the sticker site (that's linked here) and I will immediately go and order stickers. Nobody has uploaded a sticker that is printable, even as of now. The requirements are roughly: a single color (black and white is absolutely the cheapest — going up to two colors costs about $100 more), crisp, no borders (looks odd on a sticker) and looks good, and of the proper dimensions. I could spend time to "fix up" some of these designs to make them printable, but that's why we are having a contest — so I don't have to. :-/ Short of that, I am thinking we should just print up the old design as none of the more exciting ones are printable right now and demand for stickers is through the roof. Though, reading through this page, the requirements were not made clear. I'll hold off re-ordering the old sticker for a few days to see if anyone uploads something print quality before then. —PhilipNeustrom

2007-06-28 22:29:02   Remember that we're making stickers, not billboards. Even a simple sentence would be too much for these stickers as we'd have to shrink the text down to the point where you'd have to be rather close to the sticker in order to read it. Also, some of the designs are incredibly intricate. At a distance, it's all mush and hard to make sense of. Also, the sticker process that would be used doesn't take kindly to pixel manipulation to make textures.

Remember: The simpler, the better. We want these things to do their work, even at a distance. —WilliamLewis

2007-06-29 14:06:47   I was originally thought of it being like http://Daviswiki.org/ with the _______ being below it, and when combined makes the URL for the specific page that sticker has been customized. This way it can be slapped randomly with nothing, or put on a pay phone with the payphone project DW url, or on a store with that stores wiki page etc. —StevenDaubert