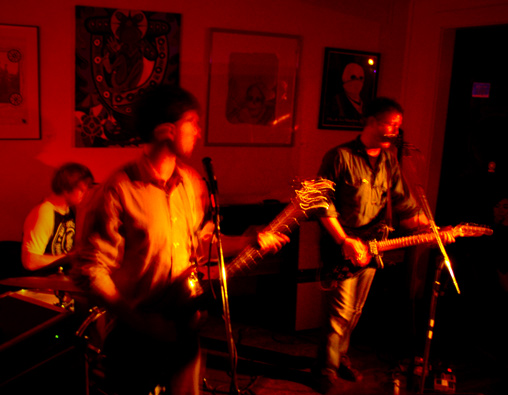 The Zim-Zims were a Davis-based band started by Jake Mann, Mike Talbot, and Derek Burrill. Their final lineup was Jake Mann (guitar& vocals), EricRuud (bass), Teddy Briggs (drums). They were in Davis for years and played their final show on July 8th 2005 at the Delta of Venus. The band will reunite to play two shows on July 19, 2008 at the Delta and July 20, 2008 in San Francisco.

Eric is now playing with Sholi.

Teddy is now playing with Boss The Big Bit

They have an official site that also has some music on it.