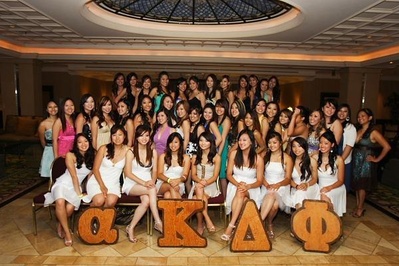 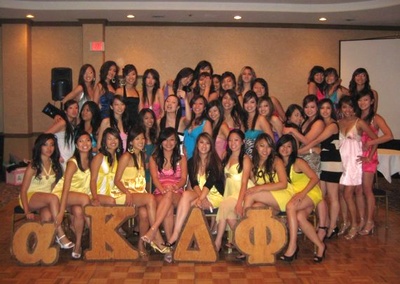 alpha Kappa Delta Phi, or αΚΔΦ, was first founded at UC Berkeley in 1990. That same year it was established at UC Davis and since then has spread nationwide with over 43 chapters at different universities. aKDPhi strives to promote sisterhood, scholarship, leadership and Asian-American awareness in the University and community. Beta Chapter, University of California, Davis is the first Asian American Interest sorority to be founded on campus, and also the only multicultural Panhellenic sorority with an official house.

The letters give you pride

But only the love makes you a KDPhi

In addition to being a premiere social sorority, the sisters of aKDPhi participate and put on several community service events a year. The national philanthropy of alpha Kappa Delta Phi is Breast Cancer Awareness. Beta Chapter participates every year in such events as Relay for Life, Race or the Cure, Project Birthday, Turkey Trot and various other service activities in Davis and Bay area. They also organize "A Night of Laughter", a free, multi-cultural comedy showcase held every year.

In addition to principles of sisterhood, scholarship, leadership, and Asian American awareness, the sorority was founded with the intention of creating a strong support network for ALL women. We strive to uphold these values while maintaining a sense of individuality amongst our diverse group of women. Throughout the year, the sisters of alpha Kappa Delta Phi continually organize and participate in events in honor of these values. With a supportive network of sisters, each woman can strive to fulfill her personal, academic, and career goals. 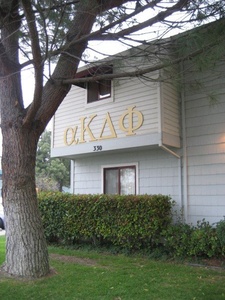