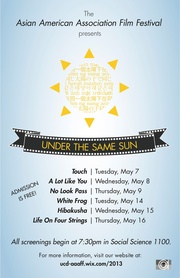 Traditionally, Asian American Film Festival only included films but recently, there have been guest speakers and student film contests as well. In 2017, Steven Lim was part of the lineup and gave a talk about his life growing up as an Asian American and about his journey to becoming a YouTube star.