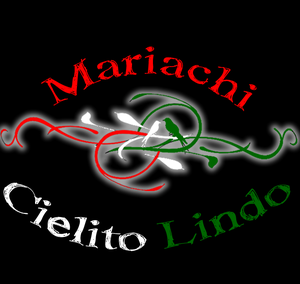 Mariachi Cielito Lindo is a musical group affiliated with UC Davis. Its aim to share an appreciation of Mariachi music and culture with the campus as well as with the larger Davis community. 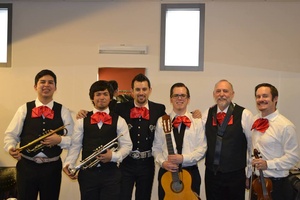 Our group was formed in the Fall of 2013 within the UC Davis Department of Spanish and Portuguese. We are a bilingual and diverse group, and our members include undergraduate students, graduate students, and even professors. 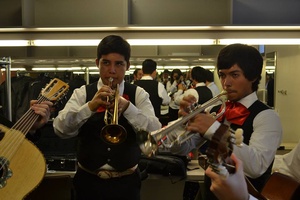 Warming up in a Mondavi Center dressing room

We perform occasionally at campus and community events, and past performances have included at UC Davis’s Cesar Chavez Day celebration, Spanish Department celebrations, and one International House performance. We have also performed with Davis High School’s Mariachi Group, Mariachi Puente, and were lucky to perform at the Mondavi Center with José Hernández and his group, Mariachi Sol de Mexico, in December of 2014. 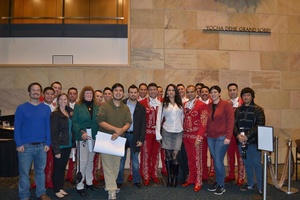 Check out our Facebook page and stay tuned for future performances! 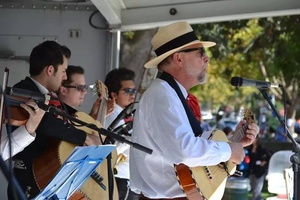 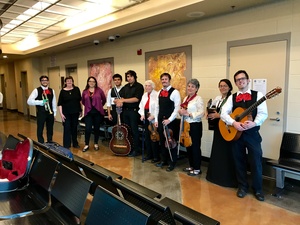 Photo from our performance at the Yolo County Youth Detention Facility on May 15, 2017 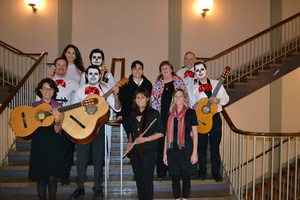