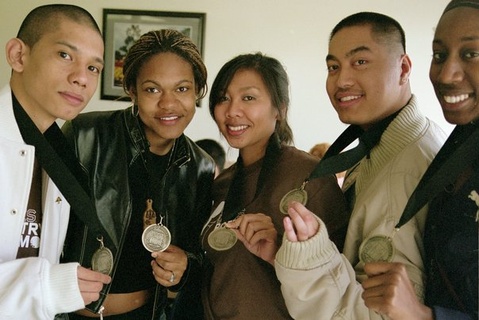 Bringing exuberant energy and cutting-edge creativity to Davis, Sacramento, the Bay Area, and beyond, members of this group seek to share their personal stories and revelations in an accessible and powerful way to create more accepting, understanding, and profound local and global communities. 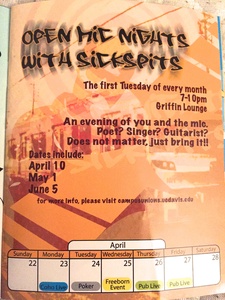 Dating to Spring 2007, this page appeared in The 411, a UC Davis Campus Unions programming guide

A performer (and the awesome turnout) at the 2013 Poetry Slam SickSpits was established in 2005 by members of iLL-literacy, a performance poetry group formerly based in Davis.

SickSpits hosts open mic nights on the first Wednesday of every month (proposed location for 2013 is the Art Annex/ Technocultural Studies Building). They host a poetry slam at the end of the year, and perform at myriad student-organized events (email them or contact via Facebook for interest in performances/ event hosting)

The Open Mics used to be held on the first Tuesday of every month in Griffin Lounge (part of the Memorial Union), but had to end this practice in the 2012-13 school year due to a lack of funding and the establishment of Griffin Lounge as an exclusive study spot. Back in more profitable times, SickSpits also used to host a popular annual event, The Movement, which showcased the four pillars of hip-hop culture.

Various student media groups, from KDVS to The Aggie have covered SickSpits and its poets. Here are links to some articles and videos archived online. (There are also plenty of student-uploaded videos online, so just plug in SickSpits to the YouTube search bar and you'll be bound to find some great pieces!)

In 2005, UCD held a campus-wide audition in order to form the first ever UCD Poetry Slam team coordinated and led by Lexer Chou. The selected individuals were all members of Sickspits; Simone Davis (Simoetry), Carlo Santos (C-Tru), Tezeta Stewart, Azizah Ahmad and Jeyel Gonzales. Their first competition was in CSU, Long Beach for the ACUI (Association of College Unions International) Regionals. The UCD Slam Team won 1st place in their first ever competitive poetry slam as a team.

With their 1st place finish at the ACUI Regionals, they earned a spot to compete in the 2006 College Unions Poetry Slam Invitational (CUPSI); a poetry slam bringing together the top poets from colleges all over the nation. The CUPSI was hosted that year by Texas State University–San Marco, and in the first round, the UC Davis Slam team found themselves in a tie for the 8th and final spot for the semi-finals round. A special tie-breaker round was held with Carlo Santos (C-Tru) selected by the UCD Slam Team to represent them in the face-off. He succeeded in winning the tie-breaker round and the team advanced to the semi-finals round. They scored highly enough to come within a few points of reaching the finals round. They ultimately finished 5th in the nation in the 2006 CUPSI. 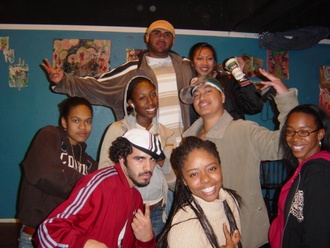 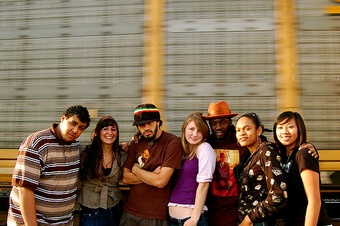 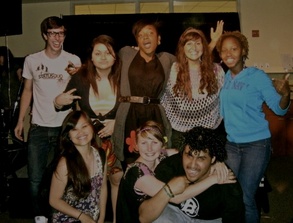 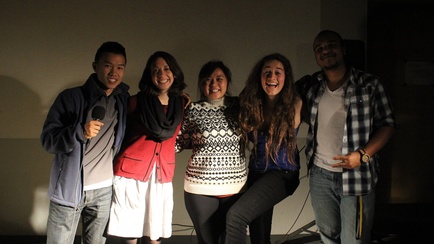 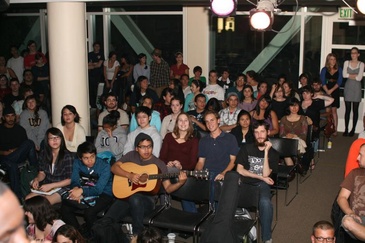 The audience at a typical open mic in Griffin Lounge 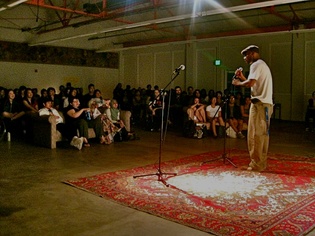 A performer at The Movement in the TCS Building 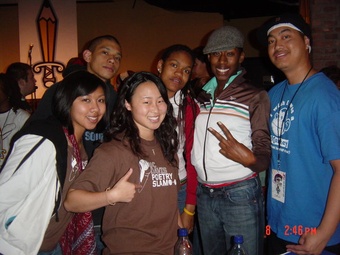 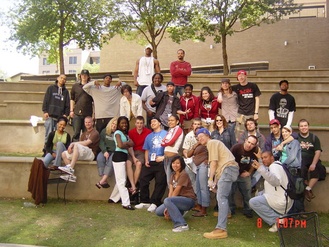 SickSpits with poets from all over the nation 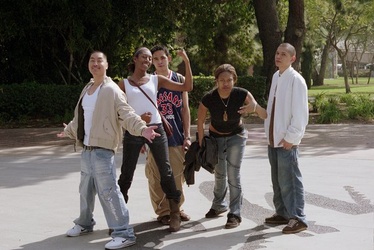 SickSpits getting ready to compete 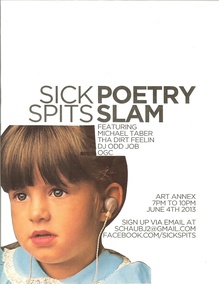 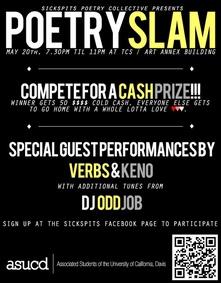 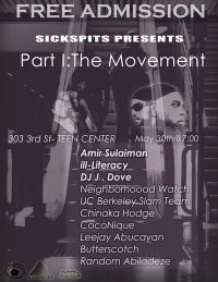 The Movement I flier 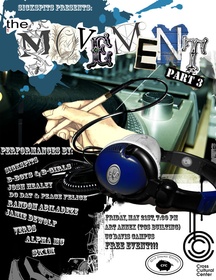 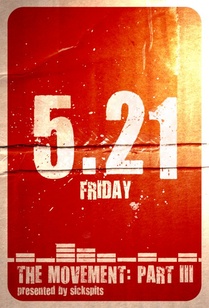 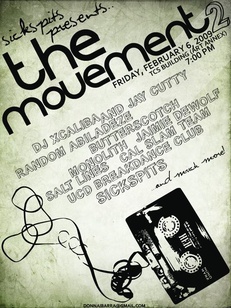