So (소) K-pop at UC Davis is a student organization at UC Davis dedicated to promote and celebrate K-pop and Korean culture. So K-pop identifies and a cultural and social organization. They are the largest collegiate K-Pop interest organization in California!

Their mission is to bring together the K-pop community at Davis and provide a comfortable and friendly environment where those who share an interest in K-pop and Korean pop culture can exchange ideas and socialize.

So K-Pop was established in Spring 2012 under the president Trang Nguyen, and became widely recognized by the Davis community through a campus flashmob of "Gangnam Style" at the Memorial Union.

Starting Fall 2013, So K-Pop began to host its own Big/Little and family system. This big/little system is one of the most cherished parts of the club that the members enjoy. In addition, SoNE1 and SoNoRae were established as independent sub-organizations of So K-Pop at UC Davis.

In addition to our general meetings, we also have many socials including karaoke, Korean BBQ, Holiday Bashes, dance workshops, and more! Members can earn points for attending meetings and socials for our end of the quarter auctions. 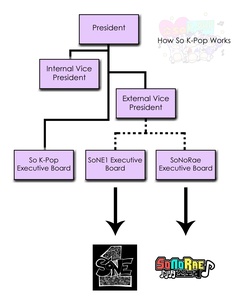 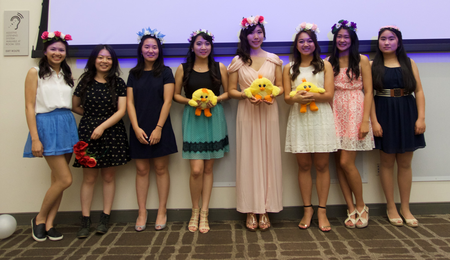 Former So K-Pop Executive Board