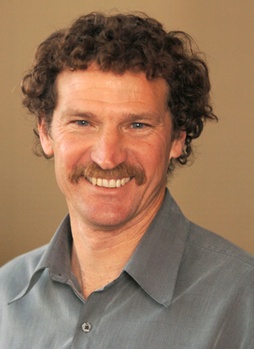 Stephen Souza was a member of the Davis City Council (2004-3-30 to 2012-6-3) and always seemed excited to be there. You can recognize him by his curly hair and mustache. Souza was elected in 2004 and subsequently re-elected in June 2008. On November 5, 2011, Souza announced his candidacy for the 2012 City Council Election, in which he was defeated.

Souza ran unsuccessfully in the 1988 and 1996 City Council elections.

StevenDaubert notes that recently Souza abstained from a vote during a city council meeting that fixed an attempt to skirt measure J when it came to development just outside of town... Ruth Firmly opposed, Greenwald and Hestek for, and Souza and Saylor Abstaining... Election season move anyone?

This was a vote on my request for Council's reconsideration of a prior reccomendation to LAFCO on the City of Davis Sphere of Influence (SOI), not a vote on Measure J. As a Commissioner of LAFCO I will at the next LAFCO meeting have a vote to determine the City of Davis SOI.— StephenSouza 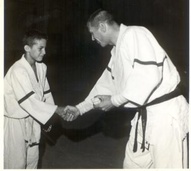 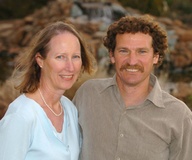 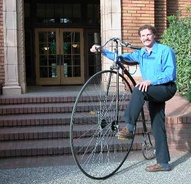 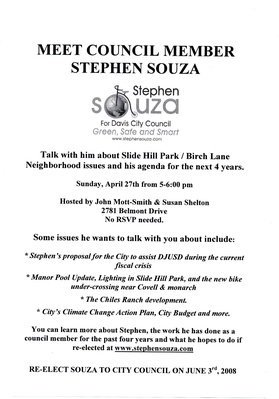 2006-03-26 21:02:59   Stephen, it is great to see you using the wiki. Your knowledge of the town and its governing bodies will certainly help this online community. I know as a member of the ASUCD Senate I was able to shed some insight to many pages. I hope you do the same with your knowledge as a councilmember. —RobRoy