Reader help: This article contains several points of views (not) mixed together.

Initial and main writer of this article: Atanas Spasov

At the beginning of the 2017 Academic Year, the BASED slate retained a general majority among its elected officials and allies among the senate table. With the terming out of then Senator Matt Yamaguchi (who would later inspire Daniella Aloni to run), Michael Gofman was left as the only centrist/conservative voice on the table, which was actually a good thing because the "centrist/conservative" voices in recent history were pretty annoying. Gofman took the opportunity to start the Unite! Slate because he wanted a vehicle for his presidential campaign in the following quarter and because he thought this would somehow "balance the table", though how so is unclear. This decision was done in part due to the fact that the Summit Slate which had enjoyed success in prior election cycles had whitered (??) away with the end of ASUCD President Alex Lee's term. And, with no Slate Chair to spearhead any new elections attempts, Summit fell, with their last candidates being run in the Fall of 2016 and Unite succeeding them as the "centrist" option.

In the first election cycle with a Unite! presence, the Fall 2017 elections, the slate ran two candidates: Jesse Kullar and Danny Halawi. Both were seen to stand out of the usual crowd, with Jesse Being a Chemical Engineer and Danny a Comp Sci major, as opposed to what some people consider the usual slew of political science majors looking to make themselves feel important. The second cycle saw the prevailment (??) of  Gofman-Branson ticket along with the seating of Atanas Spasov, Alisha Hacker, and Brandon Clemons.

As a result of their electoral success, Unite! has held a general majority in vote counts through both Senators that have run on the slate as well as allies on the table which has allowed them to pursue a "moderate" agenda.

The period that followed the Winter 2018 elections was defined by a spur (??) in resignations by elected Senators on the table. This was largely due to the uncontested nature of a prior elections cycles, with generally 6 candidates running for 6 open seats. Was that the reason for the "spur [sic] in resignations"? It's more likely the "spur" in resignations was due to a toxic work environment. Some people assumed that many of these Senators had no idea what they were getting into. Some other people assumed that they did. Most of them had no prior experience within any ASUCD commissions or ANY internal experience and some people think they came to realize the exacting standards and expectations of the job and made the decision to resign. That may not, however, be the reason they decided to resign. Maybe there were other factors, like a heavy workload or maybe...just maybe...they had annoying coworkers who decide to write shitty things about them on Davis Wiki. As a result of the resignations, the ASUCD Senate had an issue confronting the loss of institutional knowledge. Which is a strange sentence to write, considering that the previous part of this paragraph is about how the resigning senators didn't have any previous experience with ASUCD. 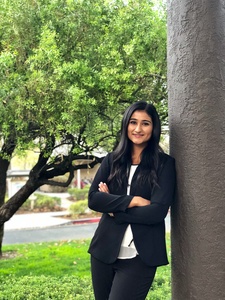 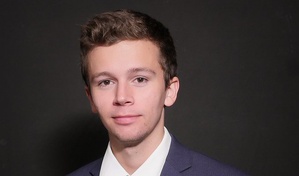 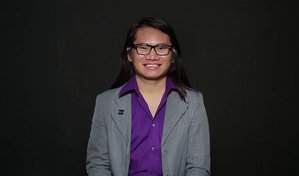 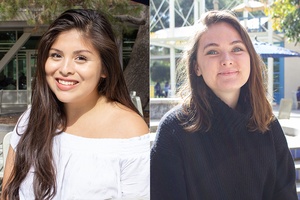 Some people consider Maria Martinez (left) and Sydney Hack (right) to be some of the most involved persons in the Association following an interim position. 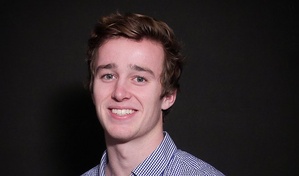 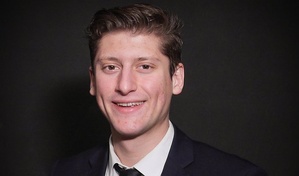 Many reforms came to pass in the following months. Most of the legislation was fairly long, but the bylaws had been somewhat neglected since the ASUCD Federal Era (around 1995). The ASUCD Supreme Court, now known as Judicial Council was granted authority over some elections cases (questions of law, but not questions of fact). The question of whom is the supreme arbiter is up to debate as the constitution stands, but the latest development with the abolition of the Judicial Council Oversight Committee (JCOC) might leave Senate to be the deciders by majority vote on whether or not to uphold a ruling. To be continued . . .

The power of the ASUCD Elections Commission was clearly defined, as were behavior around polling places. Penalties were more clearly defined. It of course could not prevent all scandals in ASUCD, but seriously dudes, the codes were a fucking mess before then. And still, a few candidates managed to break them (to be detailed in another section).

And further, attempts at transparency were pushed to new levels. The ASUCD Website started to be used more, though it took years to finally get things updated regularly. Eventually, it would become a resource for insiders as well, which is good for transparency when everyone uses the same basis for discussion. One problem that remains is that while documents and bills are freely accessible, the Constitution is rarely ever updated on the website even though constitutional amendments pass, creating confusion as to which version is actually in play.

This Era saw the first use of Recall petitions for the first time in years against elected ASUCD officials.

After the election of Michael Gofman in the Winter of 2018 to the position of Student Body President, many communities on campus took issue with him and undertook the process of a recall. As per the bylaws, in order to recall someone, the opposition must first have a recall petition pass through IAC (to approve the language) and then must collect valid signatures from 8% of the student body (~2,800). Once this petition has been submitted to the Elections Committee and all signatures have been deemed valid, a special election is automatically triggered.

The most prominent instance of a recall of Gofman occurred during the Spring Quarter of 2018 when former Gender and Sexualities Commission chair Rebecca Nelson spearheaded the effort. After much deliberation, Judicial Council cases, and IAC meetings, a petition was finally put out to the student body and was returned with a whopping 84 signatures. The Recall failed as a result and Gofman continued his duties as ASUCD President.

Background: On the evening of Thursday January 10, 2019, a City of Davis police officer, Natalie Corona, was shot an killed while responding to a three-car accident in downtown Davis. The gunman appears to have had no concrete motive, but rather was acting under a mental condition and wanting retribution for perceived attacks by authorities on himself. In a critical moment, the UC Davis WarnMe system failed to work, and by word of mouth and through social media, the Davis community learned of the events and the city was put in a temporary "Shelter in Place" state (not to be confused with a lockdown) until the gunman was found. A city wide manhunt began for the suspect, but with only 84 officers, Davis police had to call in reinforcements from surrounding counties with some officers coming in as far away as Santa Cruz. The gunman was found dead by a self-inflicted gun-wound in his home around 2AM that same night and the manhunt was suspended. The following day, a candlelight vigil was held in Central Park. UC Davis then hosted her memorial service that weekend in the Arc Pavilion. It was a full military-honors style funeral with an Honor Guard, a musical piece played by Billy Ray Cyrus, and a full procession following.

The incident was followed by multiple statements, but most notably a statement by the Ethnic and Cultural Affairs Commission condemning the "Thin Blue Line" flag used by Officer Corona in a photo of her that was shared widely after her death. This caused an uproar, with various LEO related websites, the Official Blue Lives Matter twitter and Facebook pages, even Tomi Fucking Lahren, posting about it. A day later, sources such as the Sacramento Bee, The SF Chronicle, ABC news and others picked up the story and it garnered national attention.

Many of these stories criticized the statement for politicizing the death, generally being insensitive, and lacking in sight of what the immediate problem was about. In response, former Chief of Staff Noah Dickman, along with DCR chair Ryan Gardiner, Senator Mohammad Qayum and a select few others put together an official ASUCD resolution. This, unsurprisingly, suffered from the same blind politicization as the original ECAC statement with little references like, "The police serve as the thin blue line in society between peace and chaos." Fun! It really was. Sucks that some people didn't think it was fun.

Due to Senate being unnecessarily cancelled that Thursday due to threats against members of the association, a special session was called for Friday to see this Resolution as emergency legislation. What'd the resolution say? As some people expected, it did not pass, possibly due to what some people considered the questionable nature of the language, opposition by various campus RSOs such as Young Democratic Socialists of America and Davis College Democrats, and what some people saw as the general unwillingness to compromise by the authors. The session was adjourned early with no decision on the resolution being made. You think it ends there but oh nooo, it gets better, It did.

The following week after the resignation of Senator Ko, Mohammad Qayum was selected by President Gofman to be appointed to replace her as an interim Senator. Once confirmed and seated, the table was motioned into seeing a new version of the same resolution, and you bet your ass a whooooole bunch of people immediately regretted confirming Qayum. What people? After about 3 hours of deliberation, it fell to a 5-5-2 vote with presiding officer and Vice President Shaniah Branson broke the tie by voting no and the resolution was killed. The working of the resolution later came out as a direct, unaffiliated statement to avoid any controversy. Good use of time huh. Real good. This is why everyone loved that iteration of the Senate.

​On February 9, 2019, the UC Student Association (UCSA) Board of Directors voted to no longer consider the Associated Students of the University of California Davis (ASUCD) a member in good standing of UCSA until ASUCD’s outstanding debt of $15,970.78 is received by UCSA in full. This is mainly in part due to the fact that in previous years, ASUCD had been receiving fee waivers, upon which the offer expired and the Association was once again asked to pay for themselves. The full reasoning can be accessed through the following doc:

In the period between her time as interim Senator and her being the next potential Vice President, she is seemingly bored with a need for a project to do, and as such has been writing insignificant bylaw changes that only serve to make the lives of Judicial Council Members more difficult.

This was a ballot measure spearheaded by Senator Alisha Hacker to deal with the rising issue of Unitrans' budget defecit. It went up to a vote on the Winter 2019 ballot. More info can be found on the respective page.

Current Status: Passed unanimously by Senate, appeared on ballot. Passed by a majority of voters

A Constitutional Amendment to restructure and clarify sections of the Constitution of ASUCD.

Still to be edited.