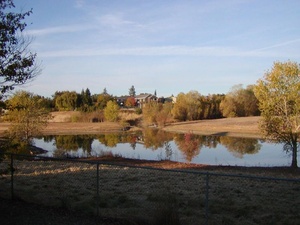 Pond in the fall West Pond is a stormwater detention basin located east of Lake Blvd. and north of Arlington Blvd. The City of Davis manages the pond to support an array of wildlife. It is a wonderful place to watch egrets, Canada Geese and others. The bike path on the eastern edge is nice, with several decks for viewing the ponds. There are a number of benches along the path, allowing passers-by to sit back and enjoy the view. A section of the path has some large bumps.

A companion to the Northstar Ponds are the delightful West Ponds, located in west Davis. The best way to get there is to go south on Denali Drive from Covell Boulevard, and turn west on Isle Royale Lane, to where there is a small grassy park. From here, there is a path extending along the entire eastern side of the ponds. The west and north sides are not accessible. Egrets and various species of ducks are usually here. Upon occasion, in winter, hooded mergansers have been seen. One of the ponds' greatest claims to fame among birders is that an eastern phoebe was found here in the winter of 1993, for a first record for the county. The Yolo Audubon Society is a co-sponsor of these ponds.

The original concepts for the building the detention basin as a wildlife reserve (rather than a typical bare pond) came from conservation planning and design studios run by Kerry Dawson, Professor of Landscape Architecture, Arboretum Director and founding Putah Creek Riparian Reserve Director. This successful project led to further wildlife reserve projects led by Dawson and his students including vernal pool installations on the I-80/Highway 113 intersection on campus and, master plans for UCD's Jepson Prairie and Stebbins Cold Canyon Research Reserves.

For more information or to join the Friends of West Pond, contact [email protected].

Or check out the complete Friends of West Pond's list of Birds you are more or less likely to see by clicking here. 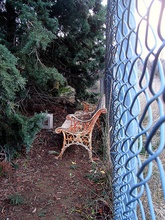 This charming bench was hidden between an evergreen tree and the West Pond fence in Jan. 08; Not sure if it's still there. It's not.-JER. 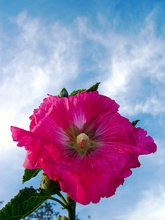 There is a garden along the path around the West Pond which features flowers such as this one, which bloomed Nov. 07 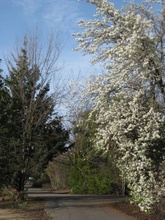 A beautiful tree in full bloom leans out over the West Pond path on a sunny winter afternoon, February 15, 2010. 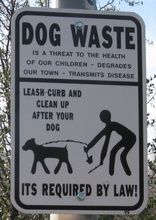 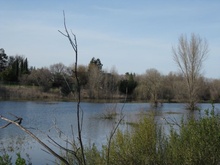 Dried up in the summer 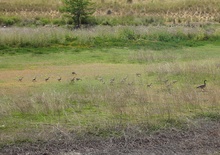 The West Pond is a favorite of Canada Geese, who also favor the Northstar Park pond. Here is a mother goose leading her goslings across the grass in the West Pond in May 08. 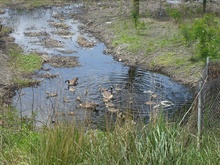 Geese on the water 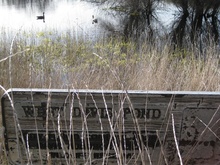 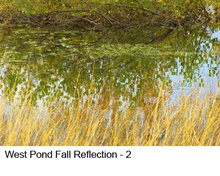 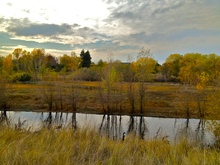 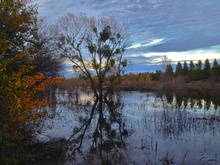 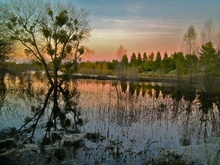 2013-01-14 20:32:33   The name of the Pond itself per the city map book is "West Area Drainage Pond" traditionally shortened to "West Pond." The pond near 113 and Covell is called "Evergreen Pond." West of Lake Blvd. is Stonegate Lake (private) and the Stonegate Retention Basin.

The greenbelt name is reflected in the landscape plans as "Aspen Stonegate East Pond Edge Greenbelt" and is shortened to Aspen Pond Greenbelt. "West Pond" is well-described on daviswiki. We're still waiting for the City to add the Aspen Pond Greenbelt to the list of greenbelts in West Davis. JE Ryan for the Friends of West Pond —JER