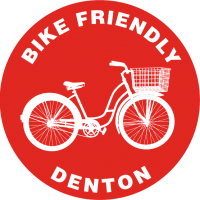 Bicycles are an important form of transportation for some students and residents of Denton. Reasons for using bicycles may be avoiding car related costs, environmental concerns, health reasons, or convenience. They are also commonly used for recreation by many Dentonites.

Bike Denton is a blog about biking. In Denton.

Denton is in the process of approving a Bike Plan draft that lays out the future of Denton's bicycling infrastructure and goals. Through a series of public meetings and an advisory board, city staff engineers working with a consultant from Freese & Nichols incorporated citizen input. The plan will go to city council in December or January for a final vote. As reported in the Denton Record-Chronicle, county commissioner Hugh Coleman recently pledged $100,000 in matching funds for the first year of bike plan implementation, and the city has agreed to match that.

Types of Bicycles in Denton

See Denton Laws Made Easy. for information on equipment, cycling on the road, and cycling on sidewalks. 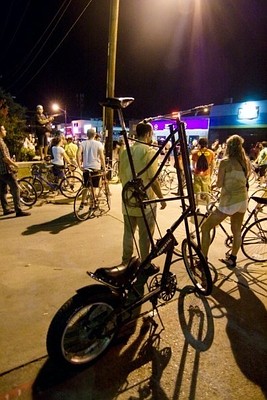 Located at 556 Hobson ln, the park includes roughly 3 miles of paved trails throughout the park. In addition to the trails, the park contains basketball courts, soccer goals, the most epic playground ever, and a host of other outdoor activities.

Denton Pedicab is an organization which leases pedicabs to drivers, who then give rides (often from around the Fry Street area to around The Square) to clients, but only for tips. Denton Pedicab makes advertising revenue off of its leased Pedicabs, which feature ads on the back of the cab.

Bikes are, unfortunately, a common target for thieves. Deterrents to theft include sturdy bike locks (run through the frame, not just the wheels!) and not leaving a bike that looks like it would have a high resale value unattended.