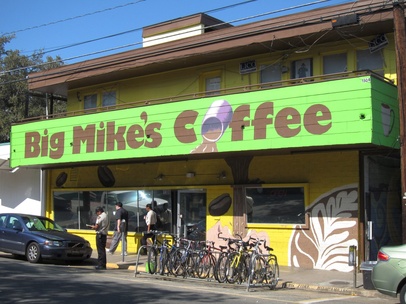 Big Mike's is a coffee shop near the intersection of Hickory Street and Fry Street, directly across the street from the UNT Campus. Because of its prime location, it has become a favorite hangout of UNT students and other Dentonites.

On January 2, 2014 Big Mike's Coffee opened it's door under new ownership. Mike has retired from the coffee business. However, he does still hang around.

Current hours of operation are 6am to midnight 7 days a week.

Baristas Against Drunk Driving is a movement initiated by Big Mike to encourage bar patrons to sober up while drinking coffee.

To empower local non-profit organizations, artist coalitions, and student groups that contribute so much to our community, Big Mike’s maintains a private event room and makes it available with reservations. Scheduled events and groups are promoted through an extensive online network that reaches thousands of Dentonites. 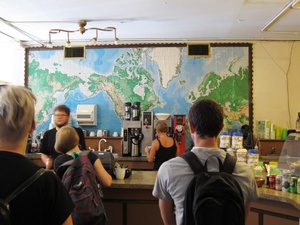 Study geography as you contemplate your order. 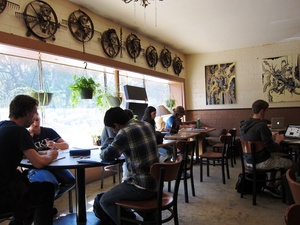 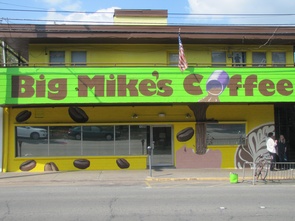 2012-07-04 Highly recommend the Mama Mia smoothies, even though it's a bit pricey -Retireddeer