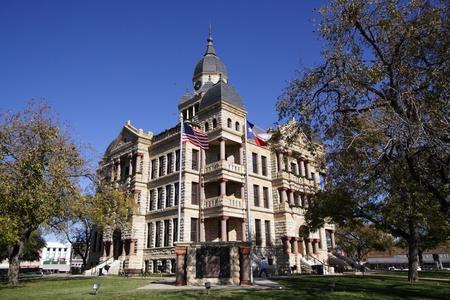 The Courthouse viewed from the southwest corner.

The Denton County Courthouse on the Square (also The Old Courthouse or simply The Courthouse) is an important Denton landmark located in the center of The Square. It is also a popular hangout.

The Old Courthouse is no longer used as Denton County's courthouse, but it does now house county offices and the Courthouse-on-the-Square Museum which contains, among a variety of Denton artifacts, a piece of the Berlin Wall. The courthouse is listed on the National Register of Historic Places.

Events at The Square usually end up happening on the lawn of the Courthouse. For example, regular drum circles happen on the southern steps. 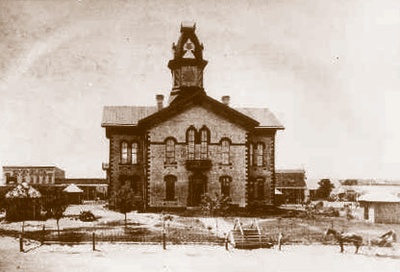 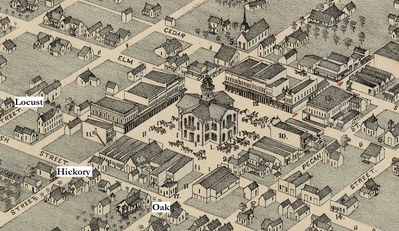 The square, before the current Courthouse was built, from 1883 The first courthouse in Denton was a log cabin built in 1858 on the north side of the downtown square, facing Oak St. The building caught fire on December 24, 1875 despite the fire department, a volunteer bucket brigade, having been formed nearly a year before. The courthouse fire destroyed most of the county records and was rumored to have been started by an accomplice of Sam Bass, who was trying to destroy court records in order to free the famous outlaw. A second courthouse was then built in 1877, this time out of brick, in the center of the square. This courthouse was a two-story building with a tall central tower; it was the center of heated political debate. A grand jury deemed the building unsafe in August of 1894 but town officials refused to leave the building behind. A month later, however, lightning damaged the building and its bricks were then used to construct the Opera House. Construction of the present Courthouse-on-the-Square began in 1895. The cornerstone was laid in 1896, and the courthouse was dedicated in 1897.

Courthouse on the Square 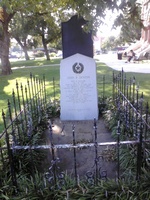 The Denton County Courthouse was designed by W.C. Dodson and is a blend of Romanesque Revival and Second Empire styles. Finished in 1897, it cost $179,000 to build. The building is constructed of granite, sandstone, and locally quarried limestone. The building was substantially renovated in 1987; however, the soft limestone and sandstone continued to deteriorate. The recently completed restoration focused on restoring the exterior masonry and repairing the slate roof. Poorly constructed replacement windows were removed and new high quality wood windows were installed to match the original design. The building's public corridors were originally floored with pattern unglazed ceramic tiles and were restored as part of the project, completed in April 2004.

The Courthouse lawn is also the final resting place of John B. Denton, the county and city's namesake.  It also boasts the Denton Confederate Statue, erected in 1918. 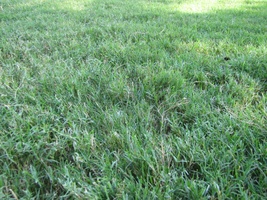 The grass on the lawn of the Courthouse Confederate Soldier memorial at the front of the courthouse, 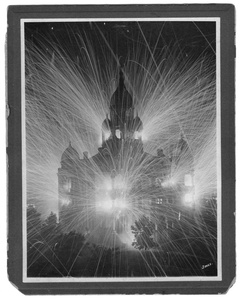 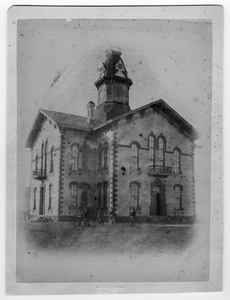 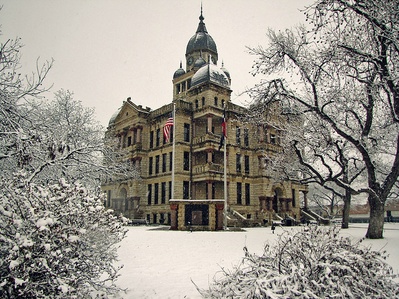 The Courthouse in snow.  Photo by Scott Lawrence