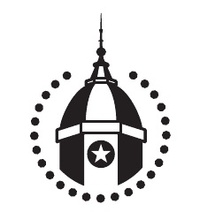 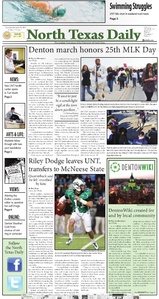 DentonWiki on the cover of the NT Daily next to some football bollocks. DentonWiki was first put forward on September 1, 2010 by a Facebook group that promoted the idea of a Denton community wiki. The group asked current and former Denton residents to, "Help Denton get a wiki!".

After the group showed that many Denton residents were supportive of the idea, AndrewBroz created the first DentonWiki site on the tenth of September. It's original url was dentonwiki.wikispot.org. The site quickly began growing, mostly due to edits from AndrewBroz and RitchLudlow but also due to other editors.

RitchLudlow spearheaded and created a video series about using DentonWiki.org that is linked to in the DentonWiki Guide.

On January 18, 2011, UNT's school paper, the NT Daily featured an article about DentonWiki.

In Summer of 2011, Mike Ivanov and Philip Neustrom contacted DentonWiki about being the first pilot for the new Local Wiki project, a project supported in part by the Knight Foundation.  The launch date for the new DentonWiki was November 1st, 2011. 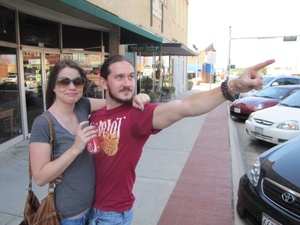 DentonWiki editors (JosephCoulter and friend) having an epic fun time finding information for the wiki DentonWiki.org is a repository for local knowledge about Denton that is created and edited by people who visit the site - that last part is what makes it a wiki. The articles (or pages) of the wiki are a collection of text and photos hyper-linked together so that someone looking up a topic can find other related topics easily. Topics that users think are important get their own pages, details that users think matter get added, and mistakes can be corrected by anyone easily - this solves some of the problems that government and school sites have by letting users address problems themselves and decide what is important on their own, making important pages easier to find and site structure more intuitive.

Why DentonWiki.org rather than other sites?

DentonWiki.org has the potential to represent Denton better than other sites on the web because its content is created and moderated by the community directly. That makes it a unique resource for newcomers who want to know the neat things that Denton has to offer or, for example, for people who have lived in Denton a while to find out and share local history. Editing DentonWiki is an easy way to help other people in the community - you give a big group of people access to what you know, including stuff that would otherwise only be accessible to your circle of friends.