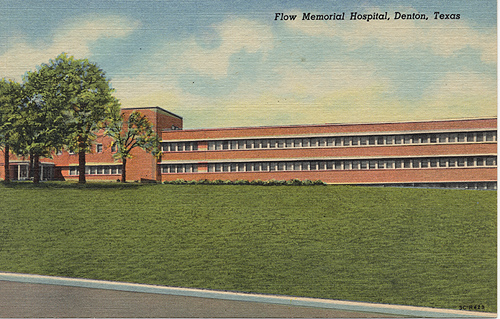 Flow Hospital was a community medical facility opened in 1950 on 1310 Scripture St. The hospital went bankrupt in 1986 and the building was used by several occupants, including the City of Denton's probation offices. The hospital was bought and demolished, along with 100's of heritage oak trees. The citizens of Denton were so outraged, a new city tree ordinance was developed in 2003. The site of Flow Memorial Hospital is now occupied by a student housing apartment complex called City Parc at Fry Street.