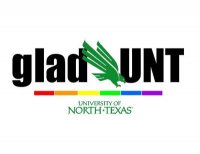 Glad, formerly known as GLAD (Gay and Lesbian Association of Denton) and Courage, is a UNT student organization for the Lesbian, Gay, Bisexual, Transgender, Queer community. 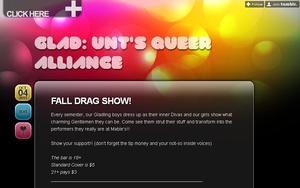 These rules have been in effect since at least 2008, probably much earlier.

1) Be respectful of all attendees

2) Don't assume that attendees are LGBTQ

Glad originated in 1988 at UNT under the name "Courage". It was later changed to "GLAD" as an acronym of "Gay and Lesbian Association of Denton". The name finally changed to "Glad" in 2009, so as to maintain its recognizable name, but to avoid the exclusivity associated with claiming to be only "gay and lesbian" (though everyone was always welcome).

List of current and former Glad officers with wiki pages.

See By the Bi for full article

By the Bi logo

By the Bi was a subgroup of Glad. The function of the group was to promote bisexual visibility and provide a support group for all people who don't identify as monosexual (though monosexuals were also more than welcome).

Glad hosts one drag show fundraiser per semester. The proceeds are shared by both Glad and a queer charitable organization. Since February of 2009, they have taken place at Mable Peabody's Beauty Parlor and Chainsaw Repair where supporters socialize, drink cocktails, play pool, and tip the kings and queens. 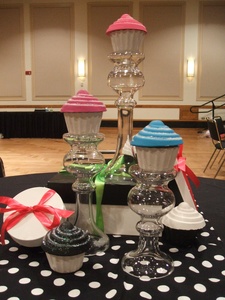 Each spring, the organization throws a Second Chance Prom. Its purpose is to provide LGBTQIA individuals with a "second chance prom" that permits them to dress as, or escort any gender they desire. In addition to a raffle, DJ, and photographer, three guests are recognized as prom king, prom queen, and prom in-between. (This tradition has stopped sometime in recent years). Gender labels have almost always been ignored when running for these titles. 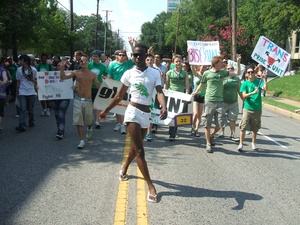 For many years, Glad has marched in the Alan Ross Texas Freedom Parade in Oak Lawn, Dallas. They are often accompanied by other student organisations such as Pride TWU.

Pride is a parade which celebrates alternative sexualities. Many different kinds of groups attend, and it's crazy fun for all.

For years, Glad has co-hosted (with UPC, FMLA, and various other organizations) a showing of the Rocky Horror Picture Show. This is a charity event which raises money for Health Services of North Texas.