They have several vegan/vegetarian items on the menu also.

Originally called Imported Food Grocery, it used to be a grocery store type thing.  It changed to  International Food of Denton around 2004, and then to Green Zatar Mediterranean Cuisine in late 2011. 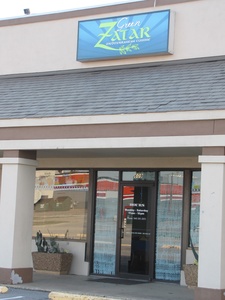