Hickory Street is a major street in Denton running through both Fry Street and the Square, on which many popular businesses are located.  It dates back to, at least, the 1880s.

Hickory runs one-way from west to east, where Oak Street runs parallel, one-way, east to west. Prior to January 2013, Hickory used to be one way up until Ave C, where it became two way. This created much confusion, so in January 2013, Denton began a project that changed it to become entirely one way. It was completed by the beginning on February 2013. 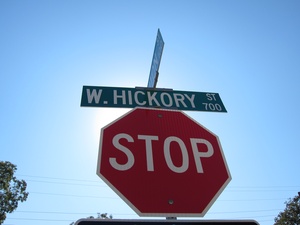 Hickory has been around since the olden days. 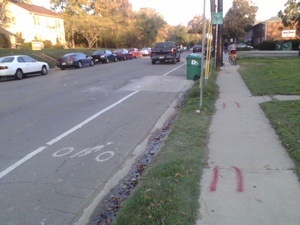 One of the few streets to have sidewalks and a bike lane. 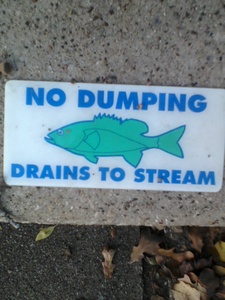