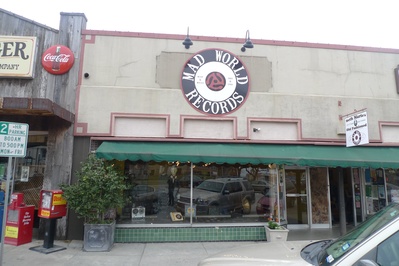 Mad World Records is an independent record store on the square. They sell new and used records, CDs, and DVDs. They also have a decent selection of shirts and buttons.  Contrary to popular belief, the posters and toys in the store are not for sale.

The building was previously inhabited by Elements of Design. Their opening coincided with the 2011 35 Conferette. 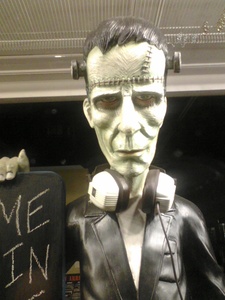 The statue of Frankenstein, which stands in their window.