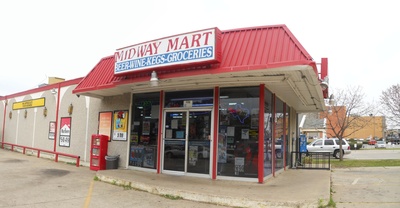 Where people get beer on the way to places

Voted Best Beer Run by the NT Daily readers in their August 2010 issue, the Midway Mart is a convenience store where Dentonites get beer. Not just any beer, but good beer. Generally.

Midway Mart was featured on the cover of the LP Denton Denton USA!

Midway Mart has unequivocally the best beer selection in town. It has been known to carry such brands as Dogfish Head, Unibroue (Fin du Monde), New Belgium (Fat Tire), and many, many more that you have never even heard of: Imports and Micro-brews. It also has a cigarette selection that is not to be taken lightly, issues Western Union money orders, and rents kegs. 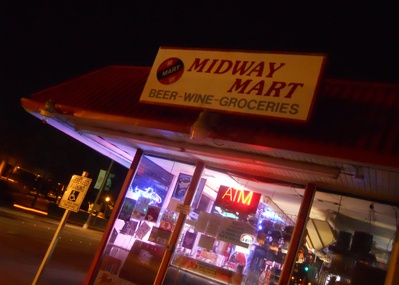 If the store looks like this, it is closed.

This is what the inside looked like before the new coolers came in that doubled the beer-carrying capacity. That's right, doubled.