Mike Sutton is the current owner of Big Mike's Coffee and formerly of its predecessor Voyager's Dream. He was born, like, over a hundred years ago.

He has a pet pterodactyl that he actually rides to work every day.

Mike has repeatedly run for Denton City Council. Last election he lost by 29 votes. For his latest bid for City Council Place 6 is for the May 12th election, he has made a campaign video (see below).

His unique car, frequently called the Deathmobile, is emblazoned with the names of fallen soldiers and can often be found parked in front of the coffee shop. 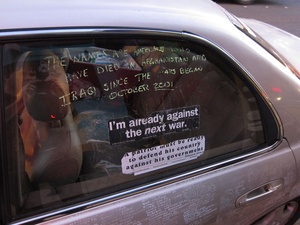 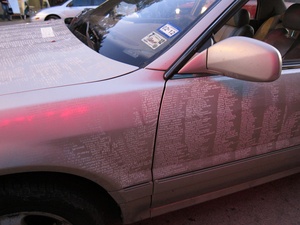 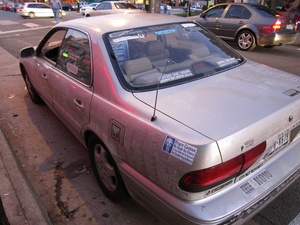