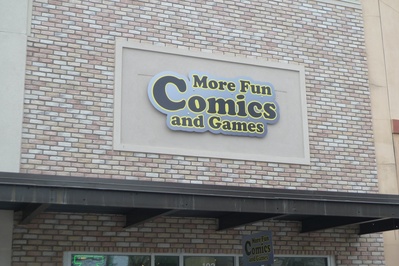 More Fun Comics & Games is a comics and games/pop culture store in Denton. Formerly known as Treasure Aisles, Tim and Keith purchased the store in late 2003 from the previous owner, changing the name to the More Fun Comics and Games family name when it moved from Hickory onto Fry Street. The store moved to its current location on the square in December of 2008. Tim owns and manages the store on a day to day basis, and any inquiries can be sent directly to him at [email protected]

The store features a wide variety of comics, graphic novels, toys, board games, card games, and other cool items that you didn't know you couldn't live without.

Keith has several locations in Texas, and this is one of them. 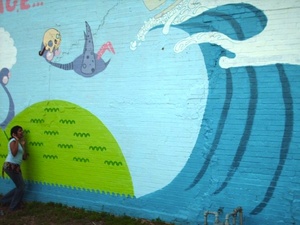 This ugly bird mural used to be on the side of the building when it was located on Fry St.