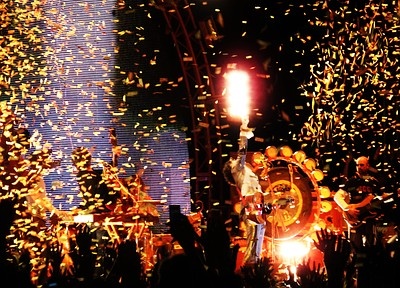 The Denton Music Scene is renowned and awesome. 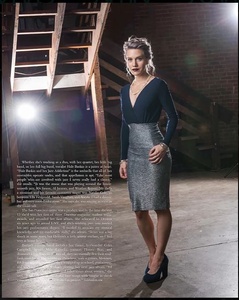 To edit this page got to the History of Denton Music main page.

The lively music culture in Denton originated in the University of North Texas's College of Music, an institution recognized in the United States. The college's Jazz Studies program, established in 1947, was the first of its kind in the country. In more recent years, the college's Center for Experimental Music and Intermedia (CEMI) has developed its reputation as a center for music research and creation.

The local independent music scene has emerged alongside Denton's academic music establishments. Brave Combo, a Grammy award-winning polka band based in Denton, plays frequent shows in local festivals. Several notable bands and performers have attended the University of North Texas and signed to major labels, including Roy Orbison, Eli Young Band, Bowling for Soup, Norah Jones, and Midlake. The local bars and recording studios on the historic Fry Street district and town square are host to other local performers.

The city's live music venues are largely supported by Denton's college town atmosphere, although show attendance is often partly composed of Dallas/Ft.Worth music listeners. As a result of this expanded fanbase, the weekly alternative newspaper, Dallas Observer, began a column on Denton's local music. In 2007 and 2008, Denton's music scene received feature attention from The Guardian, Pop Matters, and The New York Times. Paste Magazine named Denton the best music scene in the United States in 2008. In recent years, Denton's music scene has been compared to Austin, Texas, which itself is nicknamed the "live music capital of the world". There are a number of local music venues and commercial recording studios, including The Abbey Underground, Hailey's Club, Rubber Gloves Rehearsal Studios, Dan's Silverleaf  and GERHARD'S German Restaurant & Bar.With hopes of creating a live music event similar to South by Southwest (SXSW), Denton held the first annual 35 Denton (originally NX35) music festival in March 2009.

Denton has a whole bunch of music venues, mainly around the square and Fry Street.

Denton has turned out some nationally recognized bands including Brave Combo and Midlake.

There is some great jazz to be heard in Denton. The Grammy-nominated One O'Clock Lab Band is a shining example. Live jazz can be heard every Tuesday & Thursday at The Greenhouse.

There's some rock and pop and stuff.

Brave Combo is an example of a rock band, but they also are polka.

I guess there are other genres.