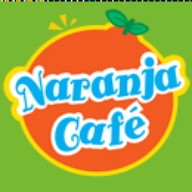 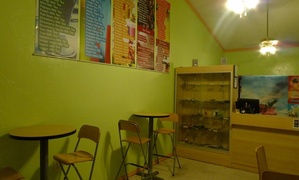 Naranja Cafe (usually called Naranja) is a shop in Denton serving bubble tea. As such, it is where many Dentonites and UNT students have bubble tea for the first time. Naranja serves oriental beverages, bubble tea, smoothies, ice cream, cold drinks, and hot drinks (including coffee), and has a free Wi-Fi connection. Board games exist for those who are interested.

Naranja Cafe was first opened in Fry Street in 2004. After the "Fry Street Village" fiasco, they moved to a location on Loop 288. In 2008 the store moved to its current location across the street from the Honors Hall.

The store name, naranja, comes from the Spanish word for orange.  An anagram of "naranja" is "Nnaaarj". 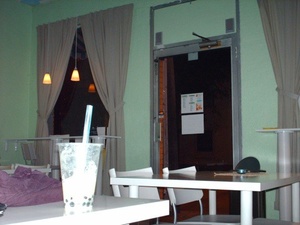