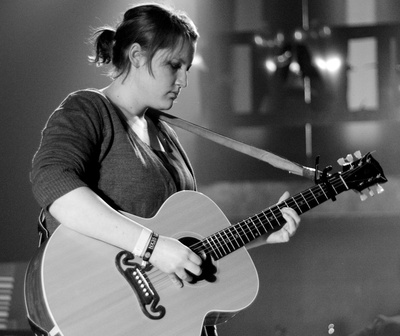 Sarah Jaffe is a singer-songwriter who rocks out from Denton. She has previously toured with Lou Barlow, Norah Jones and Denton band, Midlake.

Jaffe moved to Denton in the mid 2000s and worked at Dan's Silverleaf.   She still plays regularly at Dan's, stopping every few songs in to tell the audience how much she loves and appreciates them.