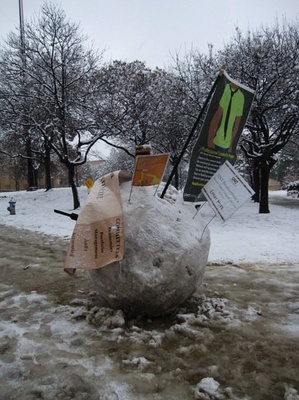 The UNT KatamariThe Denton Snowmageddon of 2010 (or just Snowmageddon or Snowpocalypse) was a record snowfall event in the North Texas area on the 11th of February 2010. As snow days go it was especially epic.

This page is for the news, pictures, stories, and events of Snowmageddon. May also refer to a very tasty imperial stout by Rahr and Sons Brewery brewed in honor of the event.

Denton received a record 24 hour snowfall according to the Denton Record-Chronicle. 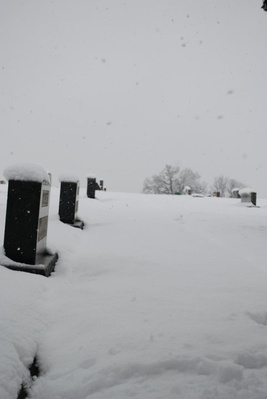 The IOOF Cemetery. Photo by LindsayRipley. A lot of people got drunk and made giant snowballs.

There was at least one epic snowball fight at The Square.

Many people tried to hit pedestrians with snowballs from the back of moving pickup trucks.

A group of people tried to make wine flavored slushies with the snow. It was very unpleasant.

No-one had to go to school, because they would have died.

One guy tried to smash a giant snowball by punching it, but in doing so, badly hurt his hand, as the ball had become ice.

Some people made snow genitalia. Seriously.

A group of people went sledding down the bank of I-35W and had an awesome time.

People were sleighing, snowboarding, and skiing at McKenna Park, because it has one of the bigger hills in Denton.

Video of the snowball fight at the square from WFAA. 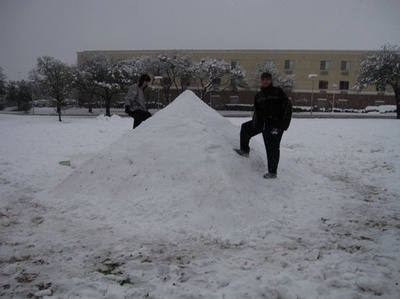 A giant snow pyramid by the Honors Hall

Many objects of mystical significance were created, including the UNT Katamari, the Honors Pyramid, and the Brucegloo. These artifacts now only exist in the photographic records due to the meltiness. It is presumed that artifacts preserved in freezers have long since sublimated.

Everything was all like really wet and shit for a while after.

The weight of snow downed several trees; there were power outages and some houses and cars damaged. 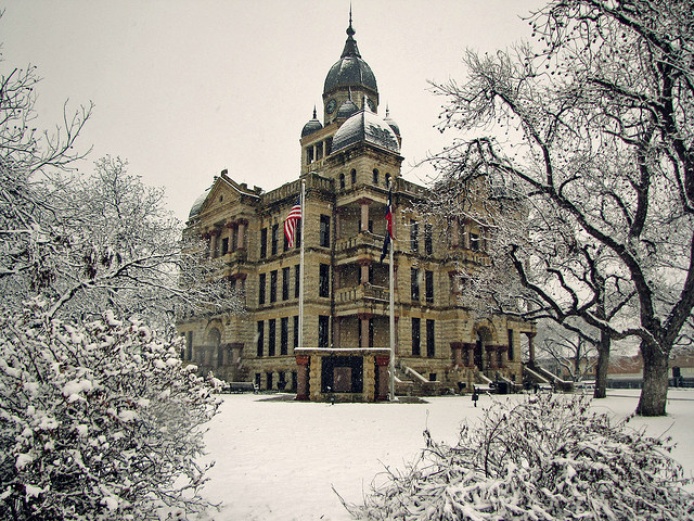 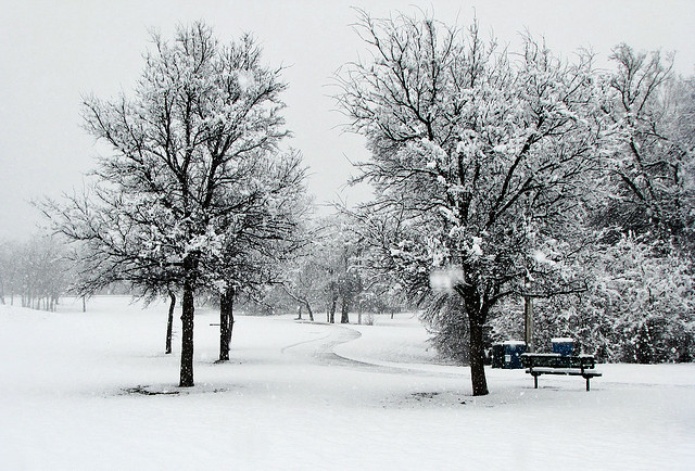 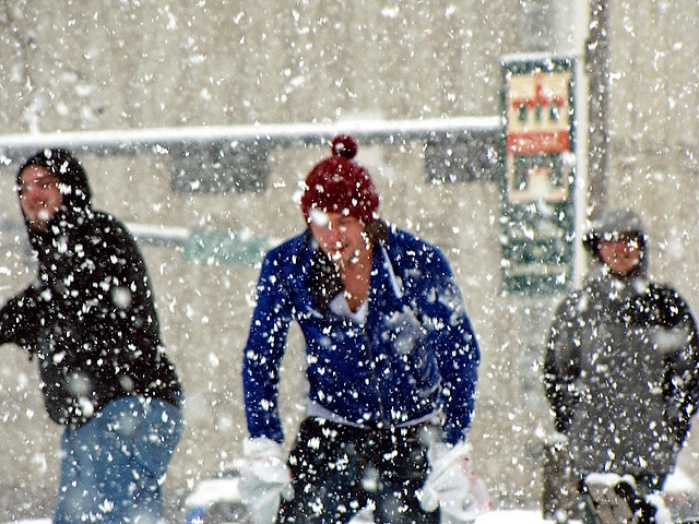 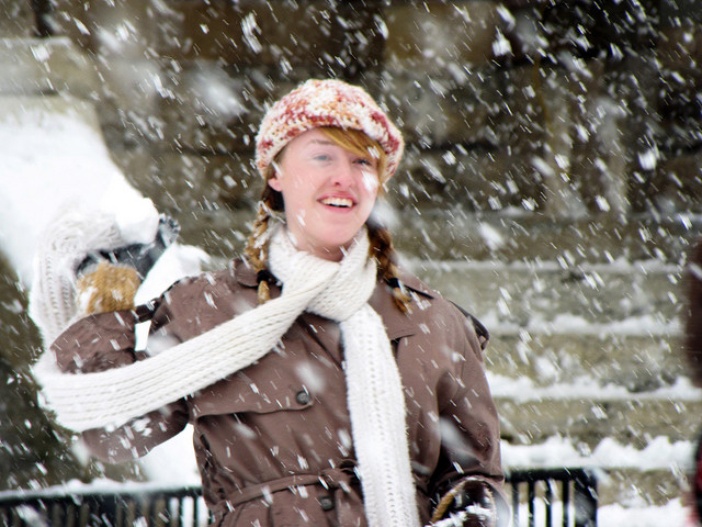 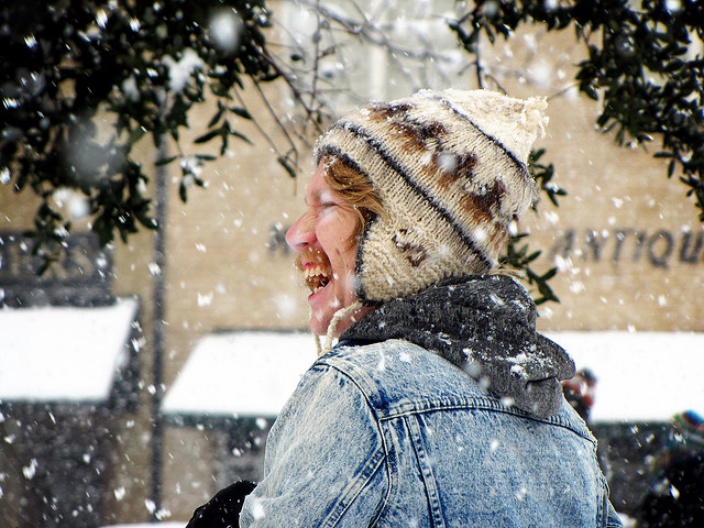 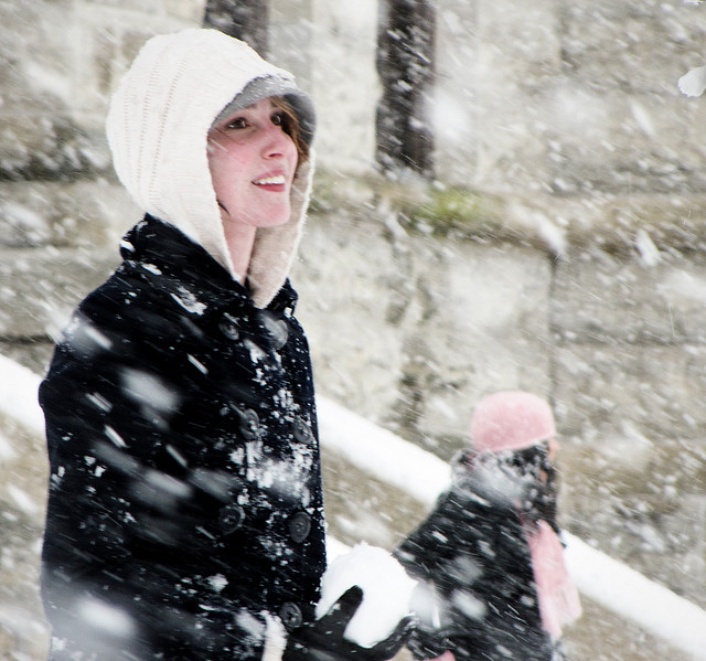 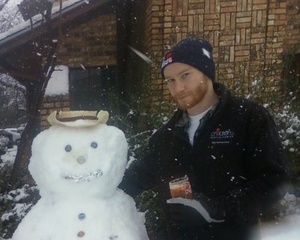