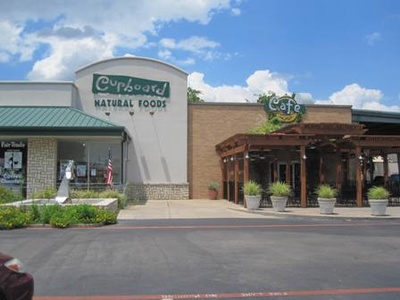 The Cupboard (WOFG, Inc.) was established in 1965 in Denton, TX. The Cupboard is the trade name for WOFG Inc., owned and operated by Tom Oxley. Active officers include Tom Oxley James T. Wakeland and Paul Tanis. Wofg, Inc. filed as a Domestic For-Profit Corporation on Thursday, November 04, 1999 in the state of Texas and is currently active. The company's line of business includes Ret Misc Foods.

The Cupboard is known for its selection of Organic and Naturally Produced foods. The Cafe uses a mixture of some organic and naturally produced foods in conjunction with mass produced meats, cheeses, and juices such as Chicken of the Sea tuna and Koch Farms chicken. 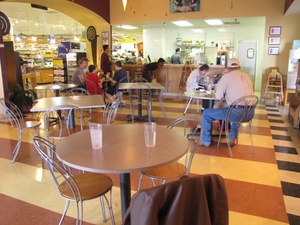 The Cafe in the Cupboard 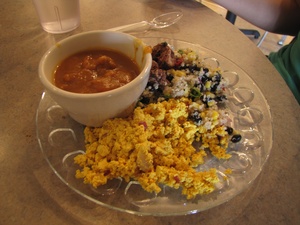 Vegan stuffs from the salad bar

2010-10-10 11:55:47   Though overpriced, it is still worth a visit. Buy some granola... they have dozens of varieties and if you buy a handful it doesn't cost more than 60 cents usually. —Users/michaelgiulietti