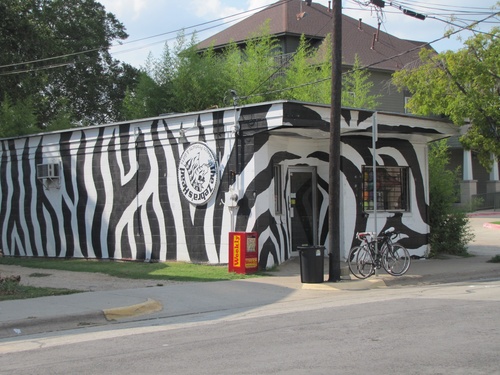 The Zebra's Head's upside down logo is an example of self-referential humor. Because stoners can't get the sign on right. Dur ... but wait. They had to think about putting the sign on upside down to make the joke, so they did do it right, so if stoners were actually incompetent wouldn't the sign be right side up? Now I'm so confused.

The Zebra's Head is the home of the first head shop in Texas, which was called 'The Birmingham Ballon Co.' and was opened in 1966.

Apparently, The King of Late Night, Johnny Carson, mentioned the 'head on his show back in the day.