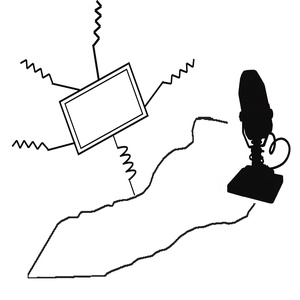 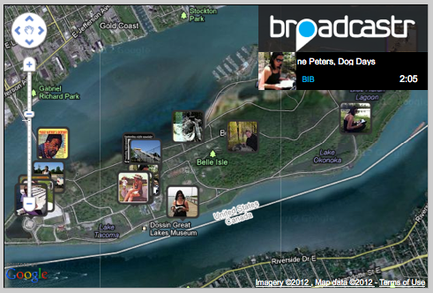 The B.I.B. or Belle Isle Broadcaster was created by soundscape activist and scholar Carleton Gholz for the Access Arts Belle Isle Exhibit originally held from June 18th to June 25th, 2011. It is an ongoing project as of Spring / Summer 2012. The BIB's materials can be seen / heard via Broadcastr, Flickr, Soundcloud, and Twitter. The main Web site for the BIB is here at DetroitWiki.

The BIB is designed to not leave any ecological imprint on the Isle but instead to make an imaginative impression on the participants / listeners as they interact with highly subjective mediated experiences on the Isle during the wider Belle Isle Exhibit and in the days, months, and potentially years after the exhibit is inaugurated. The recordings that make up the BIB are sonic moments, imaginative resonances, within a wider Detroit soundscape that the project attempts to draw listeners into.

The BIB project was inspired by an interview with one of the founders of Broadcastr heard on Detroit’s local NPR station WDET in the spring of 2011. According to the site: “Broadcastr is a Social Media platform for location-based stories. It enables the recording, indexing, listening, and sharing of audio content. Just like in human memory, every story is bound to a place. Whether dishing last night’s details to friends, uncovering local lore, perusing restaurant reviews, listening to travel guides, tuning in to citizen journalism, contemplating oral histories, or sharing hilarious anecdotes, Broadcastr amplifies all our voices. Users can take a GPS-enabled walk as stories about their surroundings stream into their headphones, like a museum tour of the entire world. Users can record their own content, create playlists, follow their friends, and share on Facebook.”

Belle Isle is such a dynamic, beautiful place that inspires so many different leisure strategies already. Bringing an aesthetic vision to that environment will allow those who attend to reflect on how magnificent and complex Detroit truly is.

The original idea for the logo came from local architect and former member of the Friends of Belle Isle Paul Chu Lin. The logo was actualized by Louis Casinelli the Director of Access Arts in June 2012.

In last year’s incarnation of the project I explored different facets of Belle Isle and the effect they have had on Metro Detroiter’s imaginations. In the days leading up to the exhibit, the BIB gathered local Belle Isle experts to drive / walk Belle Isle and create an initial series of posts throughout the park for exhibit attendees and fans around the world to enjoy. The BIB began by asking musicians about songs that specifically mention the Isle including Detroit jazz legends such as Yusef Lateef and Ron English. The BIB eventually expanded its respondents to the Belle Isle Exhibit Artists and their art, and, finally, local Detroit poets and their poetry.

Welcome to the Belle Isle Broadcaster Google Voice hotline! By choosing to leave a voice mail on the hotline you understand that you are gifting your oral story, and any transcriptions made out of it, to the BIB knowing that your story will be made available and published, or broadcast in any medium that the BIB shall deem appropriate. Your story wilsl eventually become a part of the BIB Web site currently in progress via the Detroit Wiki. Just go to DetroitWiki.org and search for Belle Isle Broadcaster. Thank you!