Historic Fort Wayne is a public park and open air military museum located on the riverfront in Southwest Detroit.

In 1841, Congress authorized construction of a star-shaped fort along the Detroit River to defend against British attack from Canada. Although no hostile shots were ever fired, the fort has played an important role in local and national history ever since.

For more than a century, the United States Army used the fort and its 83-acre grounds to induct soldiers, house officers, hold prisoners, and manage equipment in every major conflict from the Civil War to Vietnam. 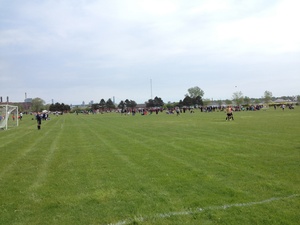 The Parade GroundsToday the Detroit Parks and Recreation Department and volunteers from the Historic Fort Wayne Coalition work to restore the site and interpret its unique history. Soccer games are held on the parade grounds, and people are often seen fishing by the river. 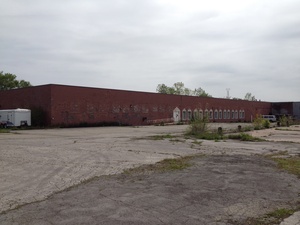 A partially annotated map of the Fort created by Semester in Detroit students: 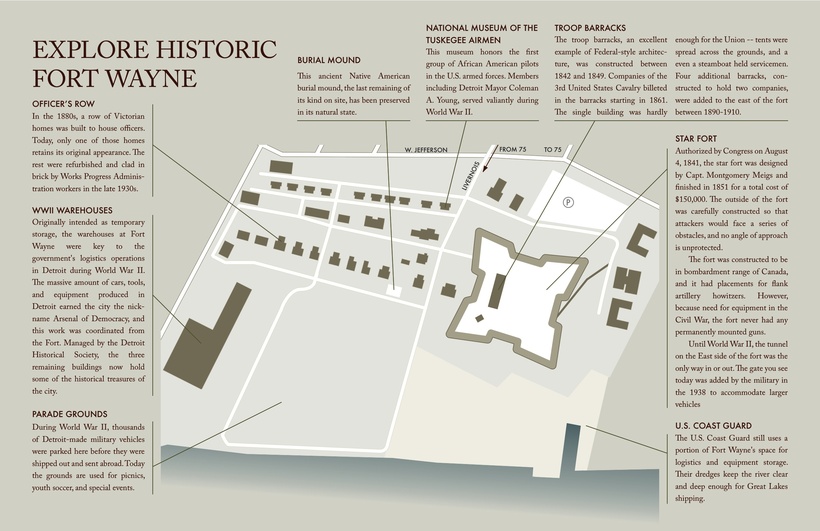