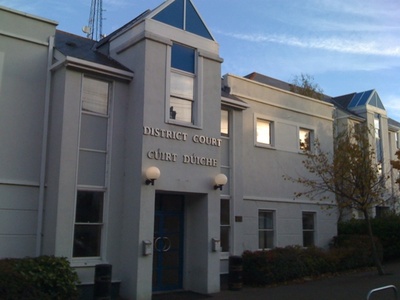 Dun Laoghaire Courthouse, Corrig AvenueCorrig Avenue joins Corrig Road to Upr Georges St.  It is mainly residential, but the Garda Station and Courthouse have been built there in the past 20 years.