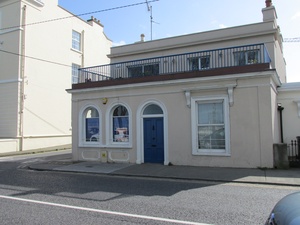 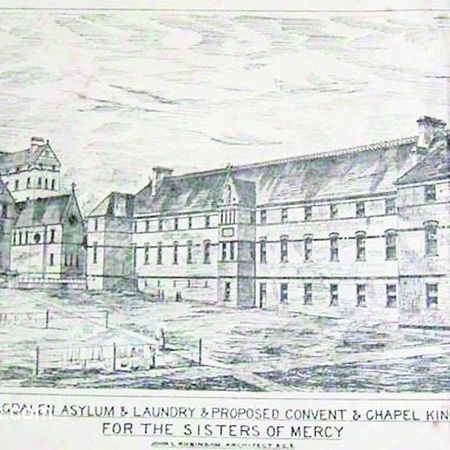 St Patrick's Refuge and Laundry, Crofton Road, Dun LaoghaireJames Crofton (1758-1828) was a Harbour Commissioner from 1816 until his death.  Balls History of Dublin records that Roebuck Castle was the seat of the Crofton family from about 1800 to 1856.  Circa 1800, the castle was sold by Nicholas, 13th Baron of Trimlestown, to James Crofton, an official of the Irish Treasury and a commissioner for the construction of Kingstown Harbour.  His son, A. B. Crofton was a also commissioner of Kingstown harbour in the 1820s, and high sheriff of County Dublin in 1842.

Crofton Road, Dun Laoghaire(right - closed in 1963. All traces of same have disappeared including the register of inmates.

Whilst it was included in the scope of the 2013 Report of the Inter-Departmental Committee to establish the facts of State involvement with the Magdalen Laundries there were so significant findings.  This is an extract from the report -

Refuge, Dun Laoghaire, was founded in Bow Street, Dublin in 1790. It was

moved to Crofton Road, Dun Laoghaire in 1880. The Laundry and living

refectory and kitchen. The Laundry and institution closed in January 1963.

No Registers survive for the institution, but it is estimated that the

occupancy at St Patrick’s Refuge was typically 50 women at any one time.

The Laundry and living quarters for the women who worked there were located adjacent to and on the grounds of St Michael’s Hospital, Dun Laoghaire and St Michael’s Convent. it was replaced by the carpark and Private Hospital. Looking at the ordinance survey map of 1907 (http://maps.osi.ie/publicviewer/#V1,724174,728728,7,9) it was a very commanding and large institution.

Here are links to St. Patrick's Refuge from the 1901 & 1911 Census Returns, showing names of residents: 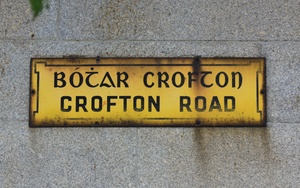